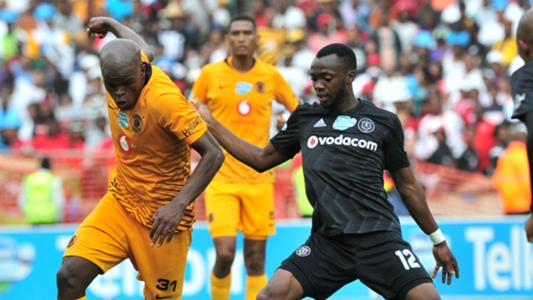 "There is an excitement already in both camps. Pirates have beaten Chiefs twice this season, but that is history. Yes, those results will make Chiefs fight harder, but they must live in the past. They must use the past to inspire themselves for a better result on Saturday, "Lamola told Goal.

"These previous results will definitely stimulate Chiefs to do better on Saturday and I believe they can put in a good shift at home," he urged.

Lamola believes that a win over Bucs will revive Amakhosi's PSL title despite Chiefs being 10 points behind log leaders Bidvest Wits.

"A win, especially in this game, can put them in a good position and boost their mentality and they will revive their reputation,

"I also believe a win will restore their pride and belief as far as their league ambitions are concerned, the title is not decided as yet and it is too early to decide now," reacted the 68-year-old.

"Look, I can tell you that a battle is not won by soldiers in the war, but by the generals. It's all about the strategy and the plan to unsettle the opponent. I believe the coaching staff will plan better and mastermind a win on Saturday, "he backed.

"Perhaps changes in the coaching staff in the past few seasons have led to Chiefs' struggles against Pirates, but I believe things are better now," he responded.

The retired midfielder is backed by the Amakhosi technical team which is led by German tactician Ernst Middendorp.

"I think players will be expected to display leadership and hunger to win, but the job is done during the week so I will say the generals will win it," he continued.

"I'm saying it depends entirely on what they (coaches) say to the players and how they prepare for the game during the week, people say practice makes you perfect. However, perfect practice makes you a winner, "reacted the legend.

"There are terms and conditions that will apply on the day: unity, peace, understanding in diversity without division, that will make a delicious cake for Amakhosi," he concluded.