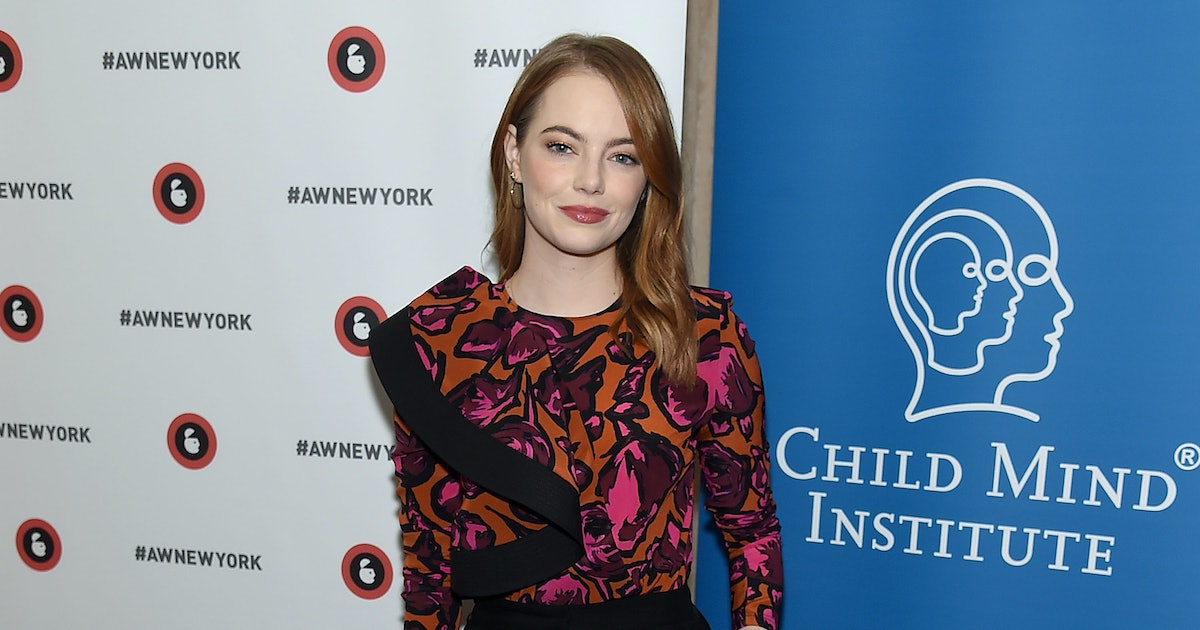 In case you were not aware, Stone's first name is actually "Emily." Of course, she has since changed to professional name "Emma," not only due to some SAG business (as she revealed to W Magazine in 2017), but also possibly because of one particular Spice Girl. During her appearance on The Tonight Show Starring Jimmy Fallon on Nov. 8, she opened up about her name change and her love of the girl group.

"I was super blonde, and my real name is Emily, but I wanted to be called Emma because of Baby Spice and guess what, now I am," she said, "So, that's pretty messed up."

Adding a little bit more context, Stone further explains the late-night interview during the swap. Emma Lee Bunton from the Spice Girls? Yes, I did not know because of that, but yes, in second grade, did I go up to the teacher and ask her to call me? it was, "the La La Land actor said.

This is not the first time that Stone's Spice Girls have been on full display. ET previously reported that the Maniac star received a personalized message from one of the Spice Girls back in 2014 during a press tour, which, unsurprisingly, thrilled Stone.

So, will the actor support her favorite group during their upcoming tour? You can definitely count on it. She told host Jimmy Fallon:

In case you missed it, the new tour that was mentioned recently. On Nov. 5, the Spice Girls (sans Victoria Beckham aka Posh Spice) announced that they will be heading on a UK reunion tour in the summer of 2019. To announce the news, the group posted a short clip to their Twitter page in which the girls playfully bickered before harmonizing into their classic "Spice Up Your Life" track.

The news of the Spice Girls reunion tour undoubtedly made fans everywhere so happy. But, there's no one else who's happier about the reunion than the Baby Spice-inspired Emma Stone.