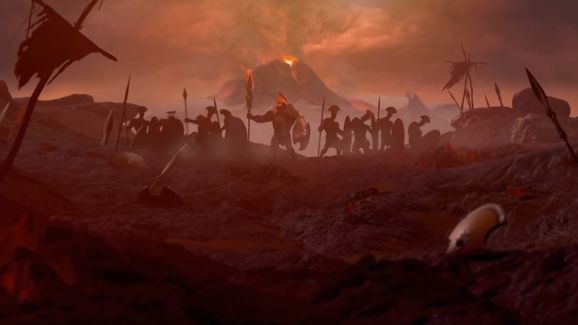 The Dota 2 community has been lying in for the new hero 'Mars' for many months now. Valve gave us a glimpse of the hero during TI8 along with Grimstroke [ the latest hero in Dota 2]. Here is a short trailer introducing the new hero back during TI8 in Vancouver.

The 117th character in Dota2, Mars was scheduled for a release in Winter. However, with almost six months past the announcement, there are no signs of the hero or its release date. Valve has now announced that hero will see her release sometime between mid-February and March.

What do we know about Mars?

We hardly have any information on the new hero. The name Mars suggests an inference from the Roman God of War. The teaser video shows Mars surrounded with his own army, which suggests some creep spawning ability. At first glance, the hero does seem to be a melee hero and one who can change the current meta in Dota 2.

The next Dota Pro Circuit event is the Starladder & I-League Season 6. It starts on the 4th of March 2019. We will not see Mars ported immediately into Captains Mode and will not be seen in tournaments till a few months later . However, teams will begin with their skills and familiarize themselves with its skill-set.

The new ranked season will start next week according to Dota 2's official Twitter handle.

The new ranked season is coming next week, and alongside it's a balance focused 7.21 patch. We are aiming to release Mars sometime between February and early March.

The patch update 7.21 will see a lot of changes for the next update. The Chongqing Major is currently underway and we are down to the last few teams at the event. The developers are keeping a close eye on the gameplay and the strength of certain heroes.

I think it's a good idea to take a look at Tusk. Medusa looks especially strong with each talent list and has an increasing amount of play in the current patch.

The next major is the DreamLeague Season 11. Online qualifiers will start from the first week of February. The new patch will hit just a few days of practice before the start of the qualifier.