Fear: A 14-month-old baby "served as a punching bag" 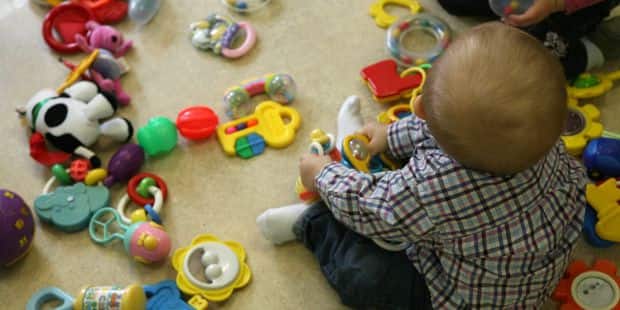 The 14-month-old Mathieu runs to Marie Curie Hospital on October 18, It has many hematomas throughout the body and doctors also diagnose intracranial hemorrhage. His father – in – law kept him that day. He explains that the child fell into his park. However, this version does not apply to the medical community.

Early on, Mathieu's mother visits her family. She takes the care of her wife son to her companion and takes another baby, Mathieu's twins. He plays the console and hears the sound coming from the child's bed. He did not find anything abnormal at first, and Mathieu was initially silent. But after thirty minutes, the child is stunned by a massive collision with his forehead. His mother was later unable to recognize his son, "In the hump of Notre Dame".

It is clear to her mother that her son was abused by her companion. In addition, he immediately stops responding to the call and declines further explanation. In court, a civil lawyer, Me Marie-Cécile Deprez, explained that David did not care for his companions' children and spent time in his game console. Also, the twins were particularly difficult over time, and if they felt violent, they might have upset David.

Parody will accept this version. According to Sandrine Vairon, the first replacement, David's version is not compatible with various injury reports. A simple fall in bed could not leave many bruises. She also points out that the defendant failed to pass the lie detector test. The child in the picture in the file is too swollen. "He served as a punch bag". It is therefore a significant penalty of five years required of the accused.

Lawyer Caroline Lepied thinks she has not seen enough of her mother in this case. A few factors "Mother of the Year" And she could very well be at the source of the batting cap trying to go to her ex-companion.

The Justice Department will decide on March 5.