Pavelski stars in overtime as Sharks down Jets 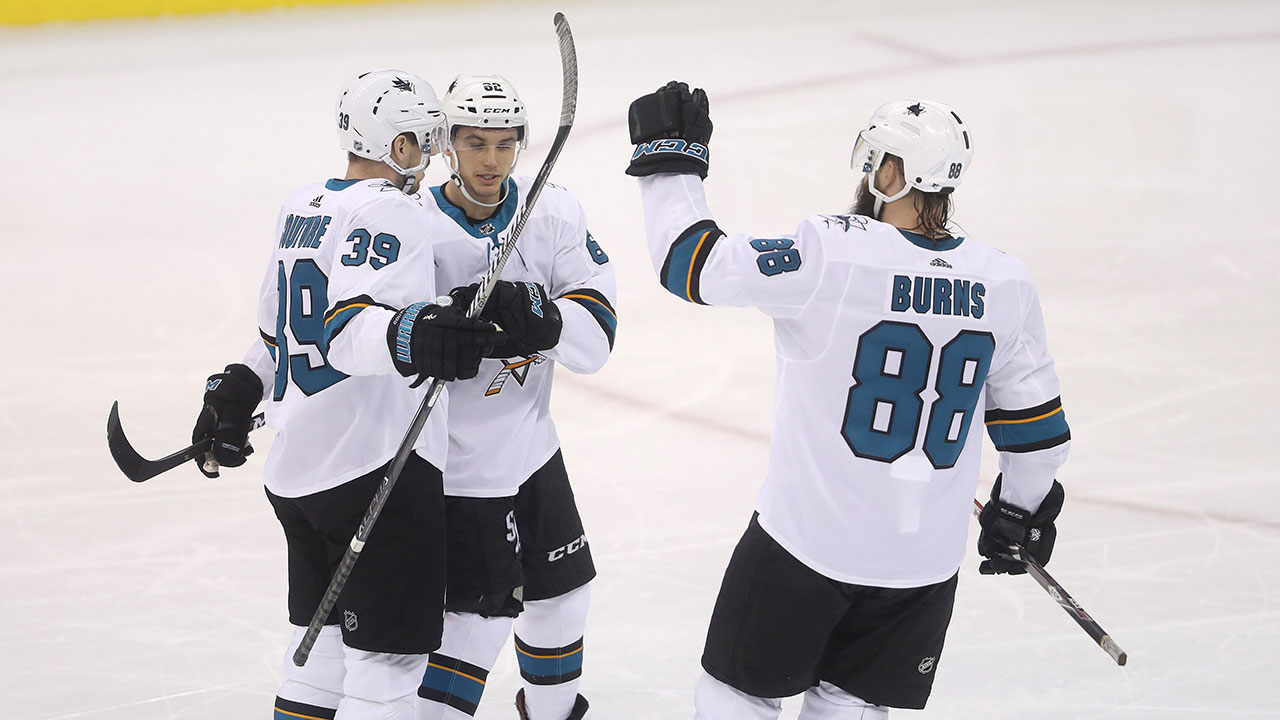 WINNIPEG – Joe Pavelski had a short-handed goal 2:49 into overtime to lead the San Jose Sharks to a 3-2 victory over the Winnipeg Jets on Tuesday.

Pavelski's 29th goal came with a two-on-one with Brent Burns after a Winnipeg turnover, giving Sharks a three-game win streak to start off a four-game road trip.

He also had an assist in regulation time.

The Jets ended a three-game win streak and a roll of seven consecutive victories at home.

Blake Wheeler and Mathieu Perreault scored for the Jets (34-16-3) and Connor Hellebuyck made 35 saves.

Sorensen's 11th of the season tied it up at 2:35 of the third when he flipped puck bouncing in the crease into the net.

San Jose had its third power play in six minutes left in the third. Winnipeg got his fourth man advantage with 1:35 left over and over it. Soon after it was over, the Sharks were called for too many men 1:20 into the extra time.

Jets head coach Paul Maurice, 52, reached a milestone in the game, becoming the youngest coach in NHL history to hit 1,500 games (682 wins), and the sixth coach to achieve the mark.

He and San Jose head coach Peter DeBoer go back a long ways. Maurice was a second-year head coach for a Detroit junior team in 1994 and DeBoer was his first-time assistant. DeBoer was coaching his 300th game for the Sharks Tuesday and 794th overall NHL game.

The teams were tied 1-1 after the first period and Winnipeg led 2-1 after two.

Wheeler scored his 11th goal of the season, and team-leading 65th point, at 3:08 of the first when his shot went between the legs of Sharks defender Justin Braun and Jones's glove.

Couture tied up on the power play at 10:54 with a shot that went through traffic as Winnipeg defenseman Josh Morrissey was lying on the ice with a shot with his leg. He returned briefly to skate around just before the second period.

Couture extended his point streak to four games with three goals and three assists. Pavelski assisted on the goal. He has three goals and five assists in his four-game point run.

Perreault's 11th goal of the season, and 300th NHL point, gave Winnipeg the lead 52 seconds into the middle frame. Tyler Myers picked up an assist, extending his point streak to four games with one goal and three assists.

The Jets had a power-play goal by Mark Scheifele wiped out midway through the second after DeBoer successfully challenged for offside.

Jones made a stop on Scheifele during Winnipeg's third power play of the game nine minutes into the third, and Hellebuyck then denied Tomas Hertl on a breakaway after he came out of the penalty box.