Royal Expert: The Queen used Christmas messages to deliver the baton to the next generation. 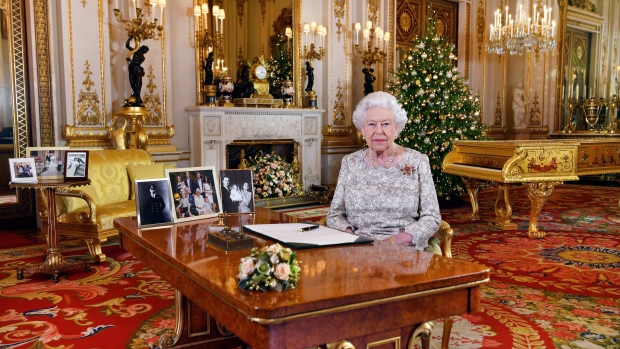 Queen Elizabeth II went to the next generation using her Christmas message, according to royal experts.

Respect for others was central to the monarch's dispatch in 2018 and was interpreted as requiring greater courtesy in the Brexit debate.

But the queen also focused on the continuity of the monarchy, said Richard Berthelsen, CTV News royal critic.

"She is in a very clear statement about Prince of Wales, Prince Charles, and she is moving on this message to pass a sort of baton to the next generation," Berthelsen told the CTV News Channel in West Kelowna, BC .

"He had a message and a few clips of Duke of Cornwall, she mentioned his 70th birthday, and with her and the Duke of Edinburgh, he was a very young child and took him very carefully in black and white."

The Duke and Duchess of Sussex, Harry and Megan, expect to have their first child in the spring.

Berthelsen said the speculation of the media, based on the gap between the two Duchesses, is proportional to reality.

The two Duchess were deliberately accompanied by a Christmas Day service in Santaringham, Berthelsen said.

"It is a very clear statement by them, it is an answer to the media hysteria that has been going on about that relationship," he said.

"The members of the royal family were very welcoming to the Duke of Cambridge and the Duke of Sussex."

"It's been a busy year for my family, which has two weddings and two babies, and I expect to have another child soon, which helps my grandmother stay well."
Queen & # 39; s Christmas Full Broadcast: https://t.co/2lXKZUBN5V View

Berthelsen, with her husband, the Duke of Edinburgh, said the queen was very anxious about her message and worked hard for them.

Duke, 97, did not attend the Christmas Day service at Sandringham.

"Even with the deepest differences, treating others as respect and fellow man is always the first step toward greater understanding."

In recent years there has been much interest in the pictures on the Queen's desk and in the rooms chosen by her message in Buckingham Palace.

"The Queen is very devout about Christianity and in recent years he felt that the message should have a much more Christian atmosphere to remind people of the nature of the holiday," he said.

The Queen's grandfather George V began the tradition of monarch Christmas messages in the Commonwealth in the 1930s.