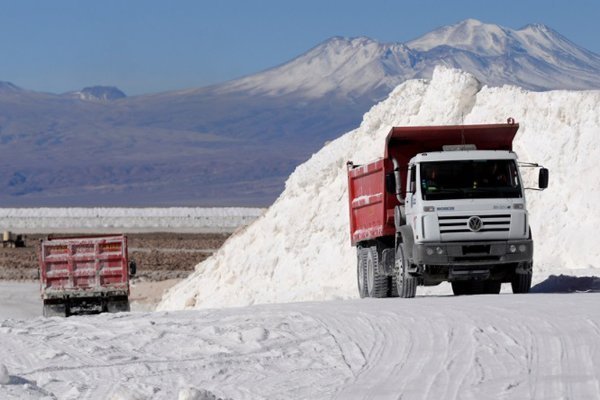 Albemarle made the research public, criticizing the decision in an appeal filed with the Transparency Committee.

A new battle at the Atacama Salt Field, one of the world’s largest lithium reserves. Now Albemarle blames SQM and Corfo. Salar keeps the coveted report on the environmental impact of the lithium industry a secretAccording to Reuters this legal document.

State-owned company overseeing lithium extraction in Atacama, In August, denied Albemarle’s access to long-awaited water research. According to documents obtained by Reuters under the Transparency Act. Corfo said the report is still under review and contains confidential business information.

The remaining report aims to end the uncertainty over the sustainability of mining activities that have long covered the salt flats, home to a quarter of global lithium production. And flamingos are on the verge of extinction.

SQM against disclosure, We claim that information is “sensitive and confidential”.

Albemarle made the research public, criticizing the decision in an appeal filed with the Transparency Committee.

You may be interested. Corfo decided to submit Albemarle to arbitration due to differences in payments for the use of Salar de Atacama.

“They had the sole purpose of concealing information that was by no means confidential,” Albemarle’s attorney said in an August presentation, adding that the study in question is “highly relevant” to understanding the environmental impact of mining. zone.

The only reason the content is sensitive In case of revealing “violation or conduct that violates regulations” SQM’s exclusive right to review the study is unfair and said it has placed its major competitors in “privileged positions.”

Corfo declined to comment on this dispute. However, it should be remembered that a few days ago he accused North America of breaching contract payments. Debt worth nearly US$ 11 million.

SQM did not directly address Albemarle’s accusations when Reuters contacted them. In a statement, the miner added that Corfo had “independently hired top-notch experts” for the research, complied with the terms of the contract with Corfo and provided all requested information to the agency.

You may be interested. Tianqi still doesn’t know whether to pay off the millionaire loan at the end of the month, and Citi has estimated the likelihood of selling SQM’s stock.

The study and real state of Salar’s water supply has long been an obsession with industry observers due to the region’s immense importance in meeting growing demand. Lithium is essential for cell phone and electric vehicle batteries.

Congressmen, academics, environmental activists, the community, German automaker Volkswagen, and recently the Chilean Environmental Court have emphasized the importance of water research to dispel ongoing doubts about the impact of the lithium industry.

6 tips for promoting the well-being of couples