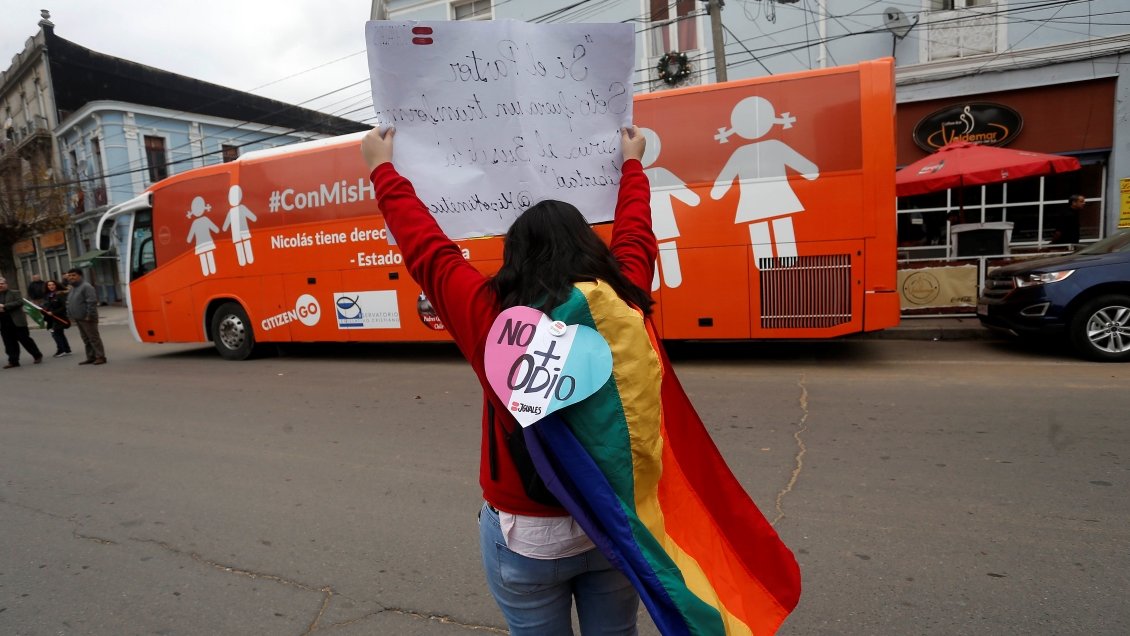 The children’s ombudsman has expressed his refusal to return the “Freedom Bus”., It contains discriminatory messages against sexual minorities and will be distributed in Santiago and Valparaiso starting next week.

The company said in a public statement “there is a bus through Chile in 2017 Slogans that misinformed the community, and more serious blatant messages that unfairly favor and encourage discrimination LGTBIQ + boys, girls and teenagers”.

“This situation Violation of the principles of equality and non-discrimination, Institutionalization of the Chilean state as well as society as a whole should be mandated to ensure that boys, girls or adolescents are not victims of discrimination based on race, color, gender identity or gender expression. , Language, religion, political or other opinion, nationality, ethnic or social origin, economic condition, disability”, they stated.

“Gender identity constitutes one of the categories in which discrimination of any kind is expressly prohibited, and Chilean states must take steps to ensure that children and adolescents are not discriminated against in law and in law. In fact, “they recalled.

In addition, the Office of the Ombudsman states: “No rules, decisions or practices of national law, whether national authorities or individuals, may in any way reduce or limit an individual’s rights based on sexual orientation. Gender identity and/or gender expression We hope that buses that are precisely contrary to the concept of’freedom’ will not disseminate promotional information that promotes discrimination against LGTBIQ + children.

At the same time, the homosexual integration and liberation movement (Movilh) asked the mayor of the metropolitan area Felipe Guevara and the mayor of Valparaiso, Jorge Martinez. “Adopt necessary administrative and legal measures“It is prohibited to move the bus.

6 tips for promoting the well-being of couples