Preparation for the era of the electrician: In Europe, we are building a new factory in the Czech Republic.

Valeo develops and manufactures battery thermal systems for the optimum operation, durability and reliability of electric vehicles. The battery cell should be maintained in a temperature range of 15 to 45 degrees Celsius, ensuring that efficiency and longevity are maintained so that all cells within the battery remain at approximately the same temperature. The company proposes cooling systems of various sizes for all types of vehicles, such as hybrid, plug-in hybrids or electric cars. Thanks to its ultra-thin structure, the boards and tubes can be optimally contacted with the battery to achieve a uniform and uniform temperature. 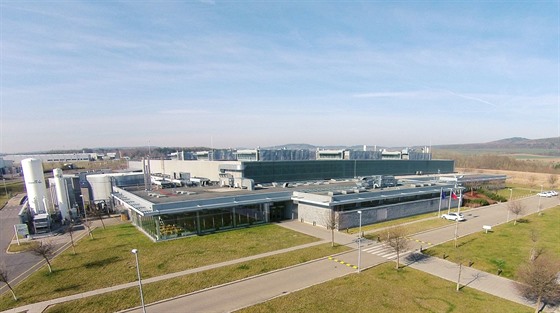 Operation of Valeo in Žebrák

Valeo is one of the largest car employers in the Czech Republic employing over 4,500 people in five factories. Žebrák employs 850 people. Each year there are 7 million air conditioners and 200,000 exhaust gas recirculation coolers.

Since its establishment in 1995 in Rakovník, the company has been operating in the Czech Republic. Gradually, other plants were established in Žebrák, Humpolec and Podbořany. It manufactures components for air conditioning components, exhaust gas recirculation, control panels, front grills with active grills and clutch and brake hydraulic components. In 2002 we established a research and development center in Prague. At Milovice in 2013, she created a test polygon for sensor and system testing for autonomous control.

Batteries for electric vehicles are a big theme for all automobile manufacturers and the EU. The European Union plans to endorse national support for electric battery research. Companies wishing to build large plants for production will offer co-financing of billions of euros.

Brussels is concerned that about 13 million people in the European Union (EU) can rely on Asian batteries to escape competition to build an electric vehicle market.

According to Asia Bloomberg data, about 80% of the world's current and planned battery capacity is 69% in China alone. The United States has 15% and the European Union only 4%.

Regions that wish to support this field can apply for € 22bn in local funds.

BASF has chosen Harjavalta Town in Finland as its first location for a battery material planning network to supply the European automotive market. The company will be located near the nickel and cobalt refineries owned by Norilsk Nickel (Nornickel). "BASF has signed a major raw material supply agreement with Nornickel for a regional long-term refinery.

"BASF is moving closer to achieving its vision: electric vehicles' mileage increases from 300km to 600km, half of the battery life of twice the service life, and 15 minutes of charge time by 2025," says Jeffrey Lou ,.

"If European companies do not invest in electricity mobility, they will miss similar opportunities in the 1980s and 1990s in the Internet, solar panels in the last decade, etc. Producer statistics are clear: electricity in the first six months of the year Automobile sales increased by dozens to hundreds of percent in almost all EU countries, with an average growth rate of 40.3 per cent in the Union as a whole, stressing the CEO of BASF spol sro Filip Dvořák. 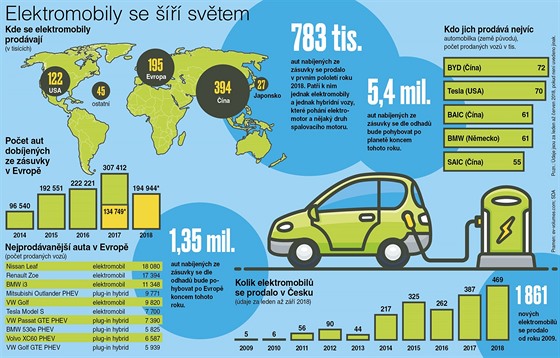 "In October last year, Vice President of the European Commission Maroš Šefčovič started a battery alliance and invited BASF to this project, which despite Europe's competitiveness and a third of the world's battery market, despite BASF's contribution "Adds Filip Dvorak.

The full Harjavalta traffic burst expected at the end of 2020 will ensure a supply of about 300,000 electric vehicle battery materials per year.

"By investing in Finland, BASF will be able to provide local production and exist in every major global region where customers can improve their mobility," says Kenneth Lane, director of BASF, Catalyst Division.

BASF is currently looking for other regions in Europe for battery-based plant construction. On other continents, however, R & D centers around the world are already operating.

Other electric battery accumulators are also being made elsewhere in Europe. France's battery manufacturer Saft is working with Siemens, Solvay and Manz to develop cheaper and more powerful semiconductor batteries. Production can begin in seven years. Northvolt borrowed 255 million euros from the European Investment Bank (EIB) to build a demonstration route and research capacity worth 100 million euros. The facility is scheduled to open next year. The company's goal is to build a 32-gigawatt-year-old European production plant by 2023.

Unicore is building a bipolar plant in Poland to start operations by 2020 and announced that German battery maker Varta and American automaker Ford will jointly manufacture automotive batteries.

The EU has begun mapping Europe's mineral resources as well as the lack of raw materials that it wants to address by recycling old electronics. According to Šefčovič, deposits of cobalt, lithium, graphite and nickel are in France, Finland, Portugal, Spain and the Czech Republic.

Electric battery accumulators are currently dominated by Panasonic in Japan, BYD in China, LG Chem in Korea and Samsung in Korea. This year, German giant Bosch targeted this year, but suddenly in March he reassessed the plan and canceled a 20 billion euro investment plan to build the plant.