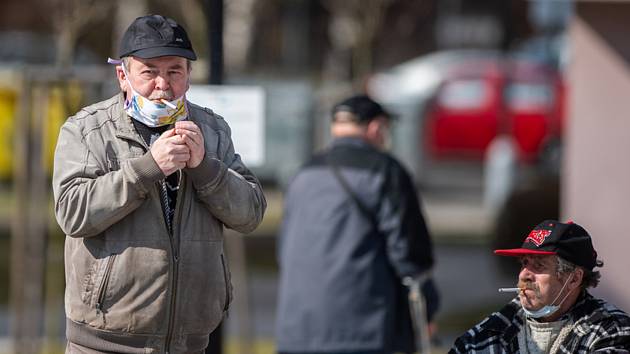 According to a survey, Czechs in the state quarantine move far less and fill their time with unhealthy food. It’s fat. On average, Czechs have increased by 6.5 pounds over the past seven months.

“The current situation is having a detrimental effect on our overall condition. One-third of those surveyed say weight gain and not in grams. 30% of people have gained 5kg and 13% have increased to 10kg. Covid-19 is known to be even worse, for those who are considerably overweight or obese, “Mutu Mut head director Jindřich Lenz said.

How to not gain weight in quarantine? Don’t eat and stay away from boredom

Young people under the age of 25 were added the most, and at the same time, the survey most often mentioned that they stopped working on quarantine. Therefore, the negative consequences of the closure of sports arenas and gyms were fully manifested. According to surveys, people exercise at home only to a limited extent.

“36% of people in quarantine have either stopped exercising or have significantly reduced their movement. In addition to young people, another group that has almost stopped moving is the most endangered people over the age of 55 who are probably the most vulnerable. In addition to the old gym, swimming pool and fitness, the center now limits the possibilities of sports and cold weather, Lenz added.

The unexpected death of people with COVID-19. Expert: It can also affect people under 50.

Another risk factor, smoking, is added to limit movement. Almost half (44%) of smokers admit they have started smoking more in recent months, and 5% have started smoking even if they haven’t smoked for a long time or have never smoked in the past. “The good news is that the other half of smokers have reduced their habits. Especially generations over 55 smoke less. Conversely, people under 35 have increased their tobacco supply the most,” said Jiří, EMA data executive, Jiří Paták said.

According to the survey, the mental health of Czechs is also facing quarantine attacks. People succumb to negative emotions and moods that can turn into depression or anxiety disorder. About a third of people experienced psychological deterioration during the pandemic, and 1 in 10 reported serious deterioration. In contrast, the improvement of the mind was felt subjectively in terms of a percentage of the population.

Dangerous falls and burns. Home injuries are on the rise during covid isolation

According to Jiří Brančík, a psychologist who works as the head of psychology at the Brno Military Hospital, it is not surprising that the coronavirus crisis worsens people’s mental state. “A lot of people are in situations that they cannot resolve on their own. The current crisis can trigger such people for such people. But the most at-risk group is those who are prone to depression in the past. Attention to the symptoms of depression. Loss, reluctance, etc. Any activity, “he said.

This partner for a year. Hanychov cannot compare with divorce. It would be nice to give it a try.