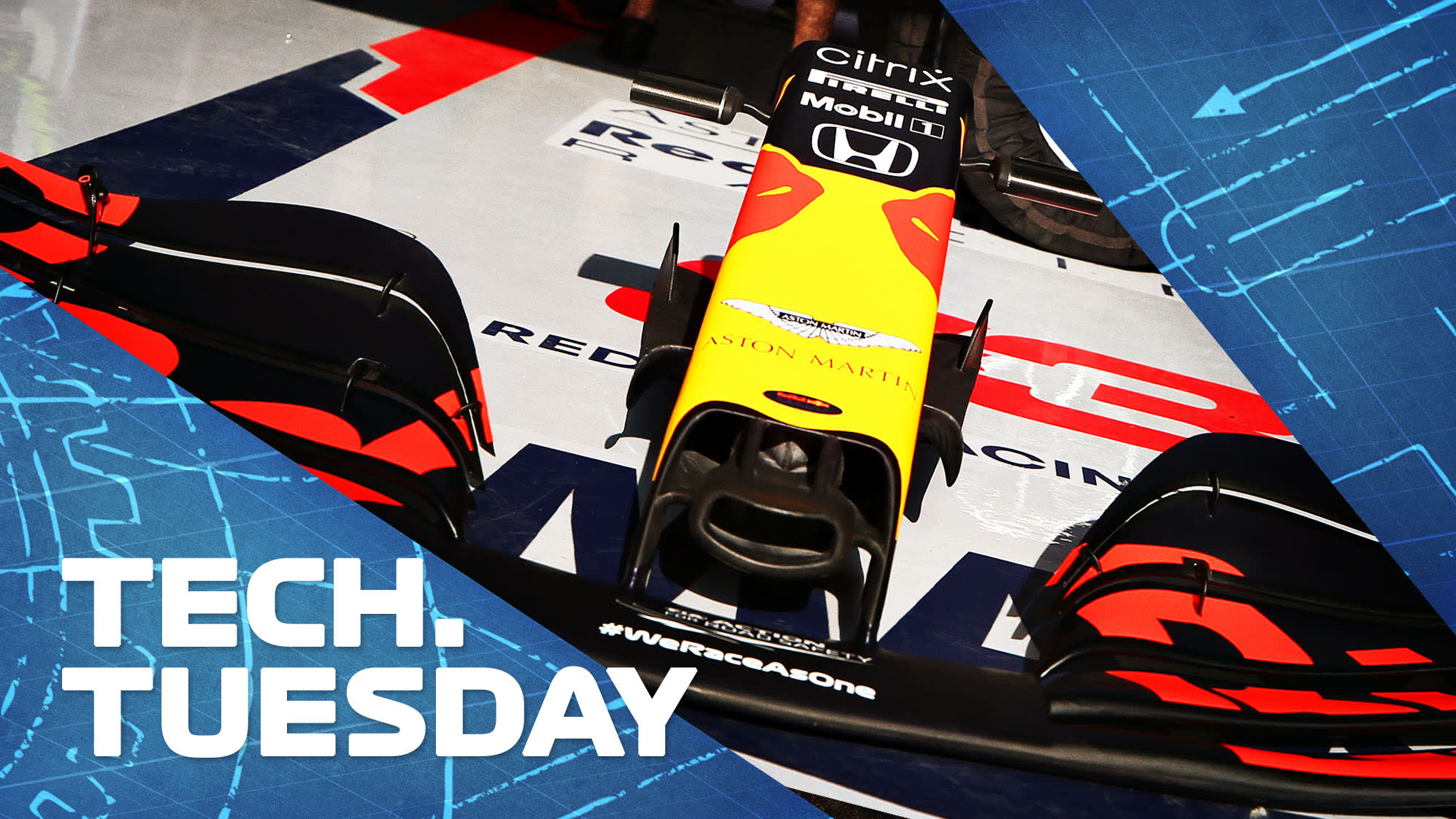 The season is almost over and the title of the builder is already over, but that didn’t stop Red Bull from trying to pull more performance out of the car with a new upgrade at the Turkish Grand Prix. Mark Hughes explains. Painting by Giorgio Piola.

Two small detail changes to Istanbul’s Red Bull suggest that even later in the season, the team is working to make the most of the potential of the highly sophisticated but sometimes difficult RB16 design.

The nose cape (a wedge-shaped component with a slot under the front of the nose, which manipulates the air vortex from the front wings to accelerate the airflow down the floor) was originally a device invented by Mercedes. It became increasingly fashionable and this year’s RB16 was the first Red Bull model to include it.

Read more: How much did Red Bull, Racing Point and Ferrari close the gap with Mercedes in 2020?

It could be a powerful device, but Red Bull struggled to keep it consistent. This car, especially in its early-season form, can be very fast when going through slow corners, but the grip seemed variable and had a lot of early season spins from Max Verstappen and Alex Albon to cope with sudden situations. Loss of rear grip.

At lower speeds, the airflow seemed to be inconsistent under the floor, most susceptible to stalling through greater steering angles and increased rear ride height.

The Red Bull seems to be working to make the airflow to the underbody created by the various vortices of the front wing, cape and barge board vanes more robust and to reduce the chances of stalling at low speeds. In Istanbul they introduced a cloak with twin slots on either side of the nose (below).

These slots dissipate some of the cape’s power when turning the airflow towards the barge board vanes, while some of that airflow is emitted directly to the main floor starting below the cockpit.

In this way, the flow can stay attached at a slower vehicle speed than before, without sudden stalls that could cause inconsistent rear grip.

Another small detail change in the rear of the car (around the exhaust) may have to do with the modified bottom airflow created by the cape slots. In the picture below, the left side shows the previous deployments in Istanbul and the right side shows the new deployments introduced in Turkey.

Notice that the position of the wastegate exhaust (1) has changed from the top of the main exhaust pipe down. They are now actually located under the upper suspension wishbone. The waste gate in the turbo controls the speed at which the turbine rotates. It is not always on, but it affects aerodynamics just like the main exhaust pipe.

Aerodynamics try to connect the upward washed flow exiting the diffuser with the flow flowing down the rear wing. The more flow reaches the wing, the greater the pressure difference between the upper and lower sides of the wing, thus creating more downforce.

The MGU-H motor can be used to rotate the turbine on off-throttle as a partially anti-lag device, but it can also be used to put some gas flow through the wastegate to improve its aerodynamic impact. Due to the modified placement, the engine cover bodywork has been extended further down (2).

The proposed coupling effect seems to redirect the flow around the exhaust gas further down to energize the flow coming from the diffuser rather than the rear wing. That way, more energy flow can make the diffuser less stall at lower car speeds as well as the slowest airflow for the diffuser at the highest ride height.

The fact that the central part of the diffuser now features a heat deflecting material (3) tends to confirm this rearranged downward flow.