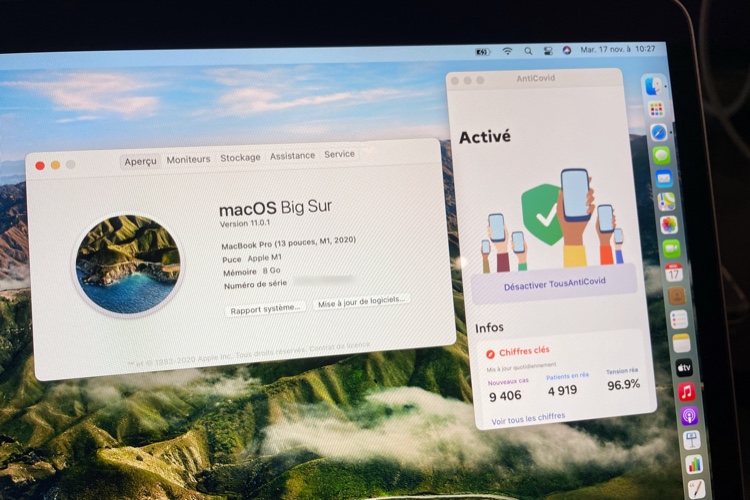 This is one of the features of the Apple Silicon Mac released today. In addition to apps designed for macOS, you can run iOS apps. By default, the Mac App Store hosts all apps on the App Store, except apps that are explicitly blocked by the developer.

I got my first Mac with the Apple M1, which confirms that the Mac App Store with an integrated App Store is open. There are already many apps that are referenced in other tabs when searching. By default, macOS apps are available in the store.

Clicking the “iPhone and iPad Apps” button activates the iOS app preview. Following this request, we will find the Overcast Podcast Player, an app reserved for iPhone and iPad that works on Mac so far. Some competing apps, such as Castro or Castbox, were also previously reserved for iOS.

If your iOS app has an iPad-optimized interface, it will appear on macOS and you can change the size of the window just like a macOS app. Otherwise, it has an iPhone-specific interface in a small fixed-sized window. You’ll also have to deal with presentations cut out for touchscreens, but it’s not too embarrassing in this sense. Also, these windows inherited from iOS appear fine on macOS, especially Mission Control and shortcuts. ⌘⇥.

After a few minutes of research, the collection of iOS apps on the Mac App Store looks quite large. If the developer does nothing to prevent this, you can use the app by default. This also allows you to install the TousAntiCovid app on your Mac and enable contact tracking on your computer. Who knows it might be useful in an amphitheater?

In fact, we found Facebook’s iOS app on the Mac App Store. Is it a mistake? It was one of the leading vendors considering removing iOS apps from the Mac App Store with Google. This is an exception, not a rule, but Instagram and all Google apps are missing. It was also impossible to find Netflix, but the app had to be there after all.