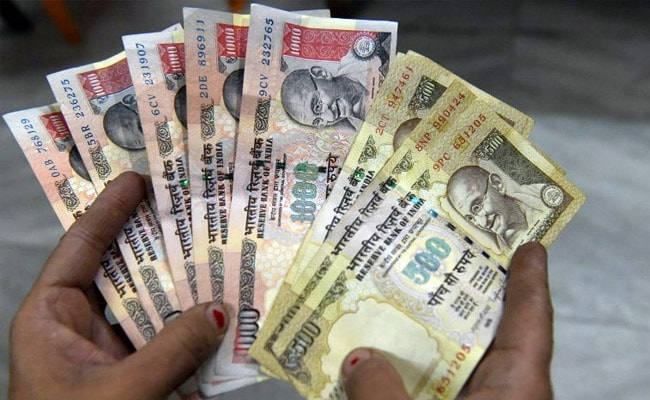 The Congress has been calling for a nationwide protest on Friday to mark two years of demonetization. Congress leaders across the country will take on the streets to protest what they call the "Tughlaqi farmaan" of the government on November 8, 2016, when Prime Minister Narendra Modi announced the scrapping of 500 and 1,000-rupee notes in circulation.

Congress leaders and workers will take out marches to protest the "complete demolition" of the Indian economy unleashed by the "Tughlaqi farmaan" of demonetisation two years ago, Congress spokesperson Manish Tewari said on Wednesday. The party demanded an apology from the Prime Minister for "ruining and wrecking the Indian economy".

In Delhi, Congress workers will take a candlelight vigil from Jantar Mantar to Reserve Bank of India (RBI) headquarters tomorrow and all state-level units have also been told to protests marches. Former finance minister P Chidambaram will be in Kolkata on Friday to address a meeting on "failed demonitization."

The party said that none of the three objectives – curb black money, weed out fake notes and check terror funds – given by the Prime Minister have been achieved. Note ban only helped "a few crony capitalist friends of PM Modi." Demonetisation was a black day for our democracy and our economy, "the Congress said on Twitter.

The cost & #DestructionByDemonetisation was endured by every citizen of this country other than a few crony capitalist friends of PM Modi. Demonetisation was a black day for our democracy & our economy. #NotebandiKiDoosriBarsipic.twitter.com/hpKDlSAEFt

Union minister Piyush Goyal, took the opposition on social media. "Two years ago, 125 crore Indians under the leadership of PM Narendra Modi is joined by the evil forces of corruption, black money and terrorism. We are making rapid progress towards New India," tweeted the minister.

2 years ago 125 crore Indians under the leadership of PM @NarendraModi joined hands to take on the evil forces of corruption, black money & terrorism. We are making rapid progress towards New India. That is why #CorruptCongressFearsDemo

The Trinamool Congress Party (TMC), which has always been one of the strongest critics of demonitization, said it will observe 'black day' to mark the second anniversary of note ban. "Today is the second anniversary of demonetization disaster." The tweeted party chief Mamata Banerjee. Calling demonetization a scam, she said, "The government cheated our nation … People will punish those who did this."

#DarkDay The government cheated our nation with this big #DeMonetisation scam. It's the economy and the lives of millions. People will punish those who did this

The RBI on Tuesday declined to reveal the cost incurred on shredding banned currency notes worth Rs 15,31,073 crore which returned to banks after demonetization. RBI said that this information was not available and would provide "disproportionately divert the resources". The RBI also did not reply to a query on how many Rs 500 and Rs 1,000 notes were destroyed.