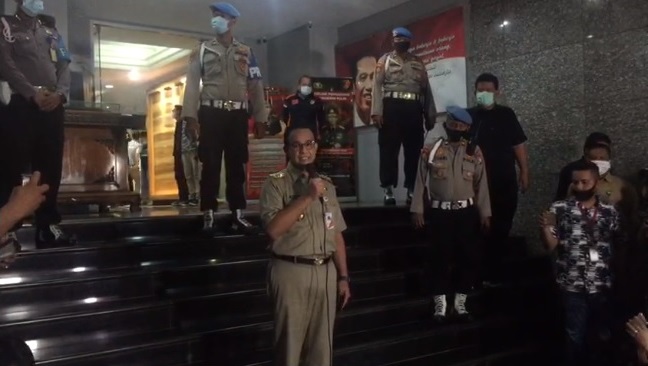 Jakarta -DKI Jakarta Governor Anies Baswedan has been tested as a witness at Polda Metro Jaya’s Criminal and Criminal Investigation Bureau. He was asked to explain the charges of violating health protocols during marriage to Habib Rizieq Shihab, the daughter of FPI frontman, Syarifah Najwa Shihab and Irfan Alaydrus.

After leaving, Anies said she had received 33 questions regarding allegations of violating health protocols at the celebration of Princess Habib Rizieq in Petamburan in Central Jakarta.

Anies said Tuesday (November 17, 2020) at Jakarta Police Headquarters that “33 questions were submitted in the 23 page report.”

Anies continued to respond based on facts on the scene. Then he did not add or subtract.

“Everything was answered according to the facts that were not added or reduced,” he said.

Moreover, he was reluctant to elaborate on the questions raised by investigators.

Also read: Governor Anies, who checked in for nine hours, was asked 33 questions.

“For the details of questions, clarifications, etc., to be part of the later Polda Metro Jaya and continue to convey as needed,” he concluded.