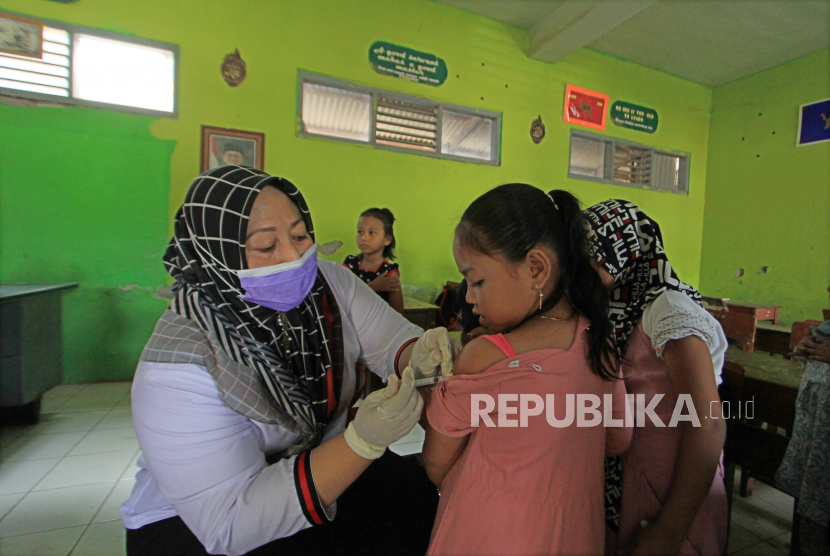 Vaccination is very important to build your body’s resistance to certain diseases.

REPUBLIKA.CO.ID, JAKARTA-Field Mechanics Education Program (FETP) Advisor Doctor. I Nyoman Kandun reminded us of the routine oral polio vaccinations that were recommended. According to him, vaccinations are known to increase the immune system.

Therefore, he argues that vaccination is very important in order to increase the body’s resistance to certain diseases. Vaccination, also known as an important measure to prevent disease, is primarily because it is cost-effective.

One of the large-scale immunization efforts conducted by the government is the National Immunization Week (PIN) program, which began in 1995. At the time, the PIN was a program aimed at eradicating the polio virus.

So, in order to optimize this, he stressed that the community must be aware of the steps to deal with the epidemic. It starts with control, removal, and eradication. While controlling polio in Indonesia, he also administered vaccinations to reduce the incidence of infectious diseases.

“In the meantime, removal is putting pressure on a very low number, and it can be up to zero, but the virus doesn’t go away,” he added.

That said, unlike eradicating what he means, in addition to reducing its spread to zero, it can also get rid of viruses. For example, smallpox, which is no longer found in the smallpox virus, can be said to eradicate smallpox.

This expression was confirmed by a Vaccination and Supervision Consultant at the CDC Atlanta Indonesia Office for Disease Prevention and Control. Jane Couch D. According to him, vaccination through vaccines has proven to be the most effective public health approach.

In other words, it has been proven that without vaccines and vaccination programs, humans cannot win the war against viruses.