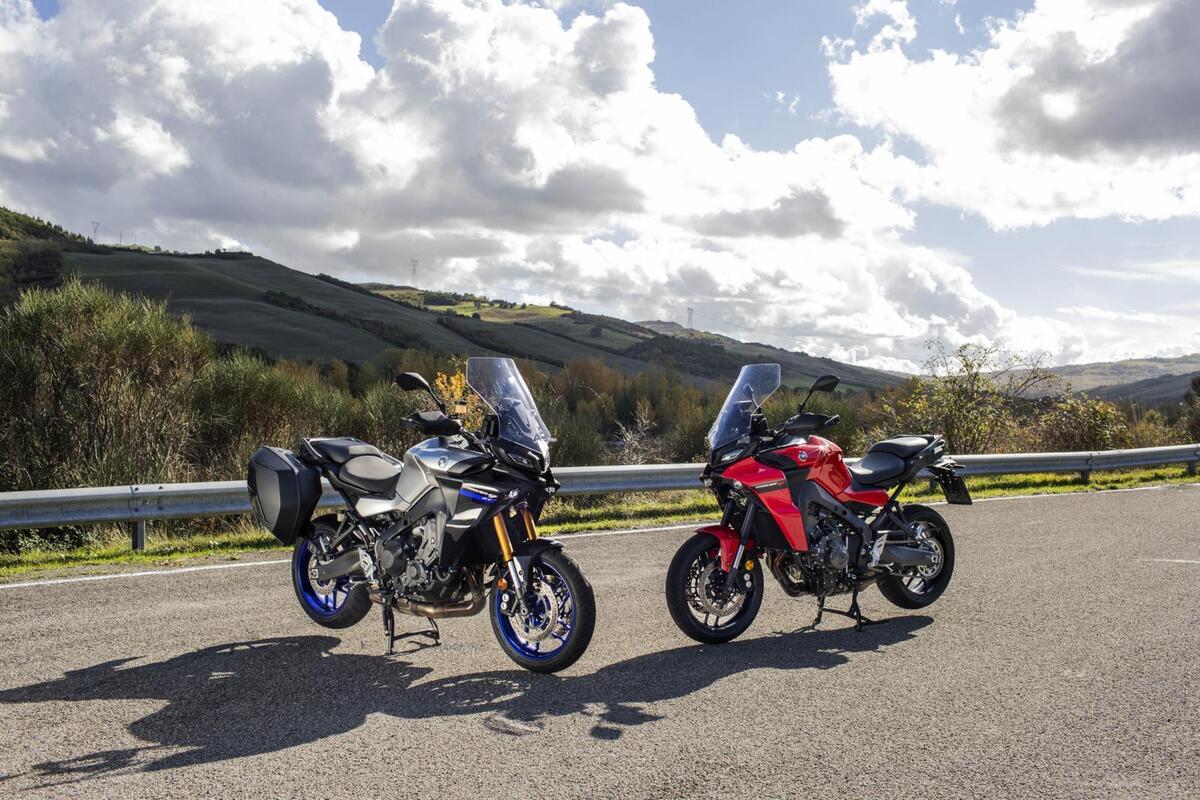 Launched in 2015 on the basis of the MT-09, the Yamaha Tracer 900 has achieved the greatest success in recent years and has tripled sales of its first category rivals. With the transition to Euro-5 five years later and the launch of the new MT-09 and MT-09 SP New Yamaha Tracer 9 and Tracer 9 GT: The abbreviation has changed, the displacement indicator disappears (as in the past, Fazers) and all of the naked sister’s technical gear arrives.

Of course the engine The CP3 with cross-plane shaft timing has already been increased to the 890cc seen on MT.Lightness (-700g) is bigger, but at the same time increases torque by 7% (up to 1,500rpm lower than before) Power from 115 to 119, Earned 4 more revenue than the previous model.

The frame, a Deltabox unit in die-cast aluminum, accommodates the engine in a different (more vertical) position, improving the feel and agility of the front axle. Even the swing arm is completely new. It’s seemingly the same as the new MT-09, but it’s actually more than 60mm thanks to authority stability. Wheelbase “landing” in this way at 1,500mm, the same value as the previous Tracer. Two side cases and a top case are mounted through the system. Floating Stay This improves stability at high speed and increases the load capacity by 7%.

e-package is now 6 axis inertial platform originally mounted on 2015 YZF-R1It has since evolved to measure 50% less and support Traction Control (TCS), Slide Control (SCS), Wheelie Control (LIF) and Brake (BC) functions. The Tracer 9 now comes with cruise control thanks to one more four riding modes than its predecessor and a new throttle control. Ride by wire YCC-T with APSG position sensor.

Higher engine efficiency (9% reduction in consumption) means: Autonomy rises to 350 km, despite the fact that the tank capacity has not changed to 18 liters.. And, like the MT-09, there are still lighter and more valuable rotating forged wheels. The fork is an inverted 41mm unit (30mm reduced travel distance to accommodate the new steering head position, located at the bottom of the frame), the mono is also adjustable, with a new linkage. Braking equipment is also new, thanks to the same radial pump mounted on the YZF-R1.

In terms of equipment, it should be noted the adoption of the optical group. Full LED, There are two headlights (high beam and low beam) recessed in the fairing and two lower position lights inside the side panels, as in the YZF-R1 sports car. The dashboard is a dual 3.5″ TFT unit. The saddle is down 15mm and the riding position can be changed by adjusting the foot pegs (up or down 15mm) and handlebars (after 9mm) mm, 4mm or more of the terminals. Reverse direction. The windscreen can also be adjusted to a total of 50mm in 5 steps..

Next to Tracer 9, my sister appears naturally. Tracer 9 GT increased standard equipment to further enhance touring use. A sturdy suitcase comes standard, but a new suitcase is also available. Semi Pension KYB Active Damper System (KADS) It is clearly controlled by the control unit thanks to the data collected by the inertial platform.

They also come Cornering light, Works on slopes above 5km/h and above 7° and supports two-way QSS quick shifters (e.g. heated grips and both mated and climbed).

The two colors already mentioned for Tracer 9 (Redline and Tech Kamo) are combined with the YZF-R-inspired Yamaha Icon Performance. Delivery of the Tracer 900 GT starts in March and the list price starts at €13,599.