Excluding drugs and drug prices, which have increased in use as substitutes. IT / Science 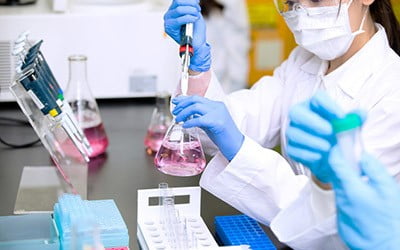 Ministry of Internal Affairs and Communications, announced on 15th
Seven cases, including withdrawal of withdrawal from the obligation to register the drug substance

In the future, drugs with temporary increase in usage due to unstable supply or replacement drugs will be excluded from the drug usage price. In developing physiological saline solution, glucose solution, etc., unregistered raw medicine can be used.

The Korea Pharmaceutical Biotechnology Association said on July 15 that seven recommendations from the pharmaceutical and biotechnology industries were included in the achievement of "regulatory innovation in the new industrial field" announced by the State Administration Office on January 15.

The recommendation included the exclusion of some injectable raw materials such as glucose from the obligation to register the drug substance. In the meantime, it has been difficult to develop new injections due to regulations requiring the use of registered raw materials for all injections for new product licenses. In the future, it is decided to exclude injectable medicines such as physiological saline solution, glucose solution, and injection injectable for nutritional supplement in the "all injectable ingredients", which are the subject of the drug substance registration.

In the case of imported generic drugs, exemptions were made only for safety and efficacy tests only if they were received at foreign drug stores. The amendment plan will improve the general drug approval screening system by revising related notices by making reasonable adjustments to the scope of submission of general drug data.

In addition, when the use of substitute drugs is increased due to unsold drugs or unstable supply / In addition to this, the company plans to simplify the approval of gene therapy products, which have been approved by the government, through the use of the online system.

In addition, companies that have been licensed for the same generic medicines will be able to conduct a joint investigation. In the meantime, if the original drug companies do not follow the postmarketing investigation, the first licensed generic drug companies are obliged to investigate without the exclusive sales benefit

The association said, "It is an example of good public-private partnership in that the voices of industry sites are reflected actively and lead to improvement of actual system"