In the past, the past "Namsan 300 million won, Shinhan financial system …" 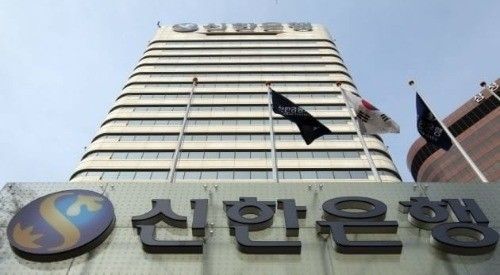 On June 6, the Prosecutor's Committee for the Prosecution of the Ministry of Justice (Chairman Kim Kwababe) advised the prosecutors to conduct a thorough investigation into 10 Shinhan Financial Group executives and employees who are believed to have systematically falsely testified in the trial of the "Namsan 300 million won" He said.

The case of 'Namsan 300 million won' suspicion is an incident in which a staff member of Shinhan Bank delivered 300 million won to someone who is unidentified at the parking lot of Namsan Free Center in Seoul under the direction of former president Rajin in 2008.

The case was triggered by the so-called "Shinhan crisis" in which former chairman and former chief executive Lee Sang-hoon accused Shinhan Sang-hoon of Shinhan Financial Corp. in 2010. Shin insisted that Shin had stolen the name of Lee Hee-gon, honorary president of Shinhan Financial, and embezzled management consulting fee of 1,566 million won.

At the time, the prosecution could not disclose suspicions about the case of Namsan 300 million won, which is suspected of illegal political funds, and the case of Mr. Laon, despite the fact that the former president of Laos has been investigating and prosecuting the whole of the financial investigation department. Investigation 'controversy.

In February 2013, the Civil Society Economic Reform Solidarity Lee Myung – bak, a pro – However, In February 2015, they were not charged for each charge, and the money takers have not been revealed to date.

Shin, the president, Six years of ashAt the end of the edition, most of the innocent was confirmed as innocent. Especially at that time Prosecutors say Lee Hee-joon, who has been accused of allegedly being involved in the alleged murder of Shin, is indicted without even attempting to investigate.

In this regard, the prosecutors' And that he did not properly investigate the honorary president and the use of slush funds. In addition, During the hearing process, former and current employees of Shinhan Bank organized a false testimony against him for the expulsion of Shin, Knowing the circumstances and neglecting them And that the abuse of the prosecution rights was confirmed.