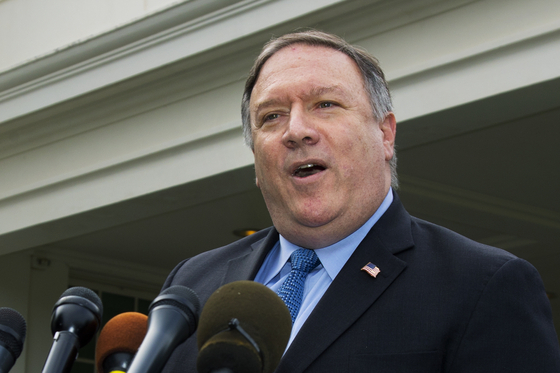 Heather Wheat said in a statement that "talks with Secretary of State Mike Pompei, who was scheduled to be held in New York this week, and North Korean officials were postponed." "The talks will be rescheduled when the dates are allowed," he said.

"The United States will focus on implementing what North Korea agreed to do in June with President Donald Trump and Kim Jong Il," he said.

"I plan to meet with Kim, who is my counterpart in New York this week," Pompeo said in an interview with CBS on Thursday. "I expect there will be substantial progress," he said.

The State Department announced on the following day that it would "visit Pompeii to meet with Deputy State Secretary Stephen Beggan, North Korean special envoy for North Korea, and vice-chairman Kim on the 8th." "Pompeii and vice chairman Kim will discuss the progress of the four axis of the Singapore North American summit, including achieving the final and fully substantiated denuclearization (FFVD) of North Korea," he added.