Sales of Hermes in the 3rd quarter of 1.03 billion Rupees 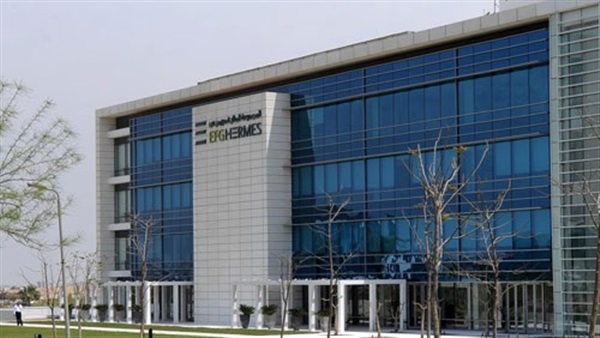 EFG-Hermes, the leading financial and investment arm of emerging markets, announced its third quarter earnings in 2018. The EFP recorded an annual average growth rate of 24% in the EGP of $ 1.03 billion despite the simultaneous recession of the summer season and Eid al-Adha.

Revenue excluding non-member profits grew 64% in the third quarter of 2018. Taxes and minority shareholder net income were € 279 million, an increase of 18% over the same period.

The non-bank financial sector continued to show strong growth during the third quarter of this year, with annual revenues up 81% to € 286 million. Tamaya Microfinance was the main cause of this growth. In this context, sales in this segment accounted for 28% of total revenues in the third quarter of this year, up from 19% in the same period in 2017.

Karim Awad, Chief Executive Officer of EFG-Hermes, said: "We continue to see strong results in the last month of 2018, praising the positive results achieved during the third quarter of 2018 and the positive impact on revenue and net profit growth. Awad praised Despite challenges the market has witnessed in the same period, EFG-Hermes became the chief advisor of the Q-Deal in the third quarter of 2018 and the market share of commissions and commissions for the seventh consecutive quarter Middle East and North Africa (MENA).

The company maintained its staff cost ratio to 42% of total revenue based on the Department's goal of keeping employee costs below 50% of total operating revenue.

Awad continues to enjoy the benefits of its diversification strategy and continues to grow its revenue contribution to the Group's total revenue, although the revenue of the non-banking sector has shown remarkable growth and the market has not yet realized the true value and foundation of growth in this sector "He said. Strategy aimed at new activities in non-bank financial sector.

Awad said that the recent factoring activities are expected to yield positive results in the coming years.

In the investment banking sector, net income for tax and minority interests amounted to $ 222 million in the third quarter of 2018, an annual growth rate of 6%, compared with the exceptional performance of the previous year. Fees and commission income increased.

Non-banking revenues and minority shareholder net income have doubled (106%) in the third quarter of this year, backed by robust performance in the department's revenues of £ 57m.

EFG-Hermes continues to sell the remaining stake in Credit Libanais Bank, with a 0.5% stake sold in the third quarter of 2018 and a 8.8% stake at the end of the same period.