Sejm wants to encourage the development of some cities at the expense of forests. 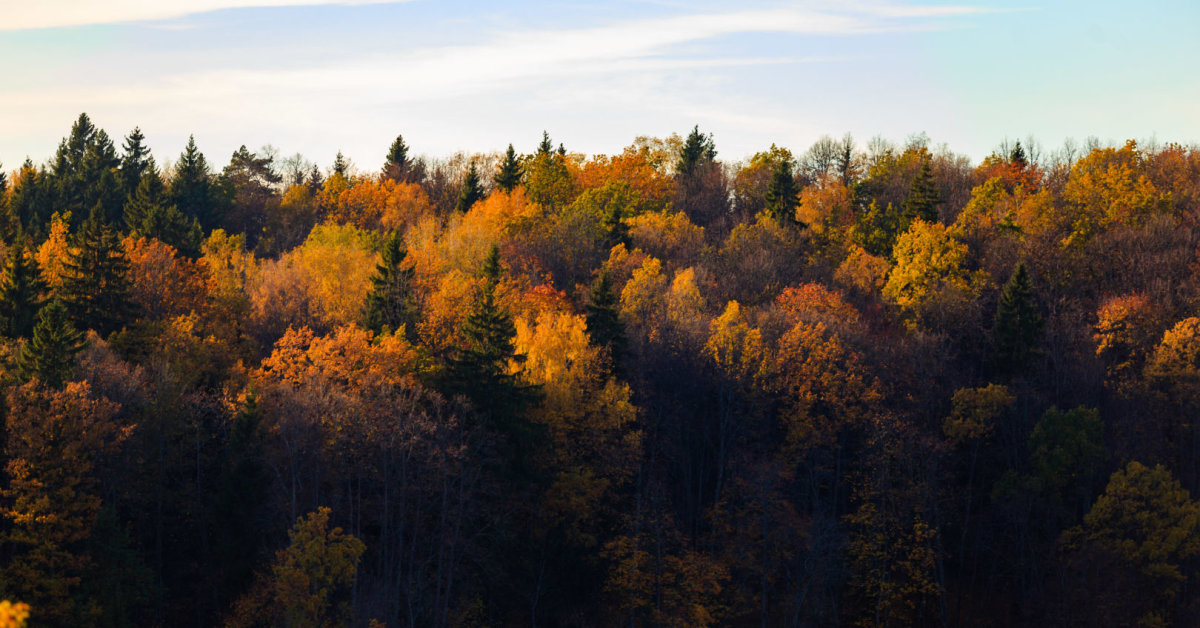 Congress passed the last week's vote on the amendment to the forestry reduction law, and its adoption is scheduled for next Thursday.

Once approved by lawmakers, the new regime applies to the municipalities of Varėna, Visaginas, Druskininkai, Švenčionys, Kazlų Rūda and Rietavas in the wooded areas. They do not plan for the development of cities in protected and protected forests and protected areas, rather than double or triple tariffs paid for land-use change, I will pay.

Correcting authors "Farmers" Zenonas Streikas and Virginija Vingrienė and Liberals Juozas Baublys and Jonas Liesys say they can save municipalities under new orders. According to V.Vinisienė, Warren and Visaginas need the newest order.

"The biggest problem with this municipality is that it does not have free land outside the forest, and that urban development is having difficulty. For example, Druskininkai has free land, is a rich resort, "BNS said.

The government says the amendment will destroy the forests and natural forests of Lithuania.

According to the government, the exceptional cases of turning forest areas into residential areas are related to the private interest, the purpose of housing construction, as well as the public.

STT observed that the amendment would "create conditions for corruption". It can not be ruled out that private individuals who are interested in the formation of residential areas influence the decisions of local governments and thus can form in the most attractive forest areas in forests of more valuable groups.

It is now possible to switch forests to other land only in exceptional cases, which are outlined in the law. V. Vingriene has already counted 12 such cases.

Nerijus Kupstaitis, Ministry of Environment, Nature Conservation and Forestry and Forest Policy Director, has excluded cases where forest land is allowed to switch to another land in 2013.

So far none of the municipalities have used it. Also, only two people were interested.

"In Varna, only the Visaginas City municipality raised the issue, and the others are not appropriate," – said N. Kupstaitis.

According to him, the Varėna municipality was the first person to ever begin the transition to forests in the 8.4 hectare forest area for the first time ever.

In 2017, the government adopted a resolution to remove the area from the country's vital forests. This means that you have already given consent to relocate the forest to another facility.

"There are about 300,000 rewards calculated according to the methodology approved by the government at the time. Euro local governments have not paid for this compensation but have begun a plan to reduce the amount of the law amendment or to eliminate all compensation in those cases." Kupstaitis The

According to Vicemero, if the use of forest land is changed in accordance with the current procedure, the city budget will be about 300,000. According to G. Samulevicius, it will be too much burden, if the new is three times less.

He predicted that when the land reforms were completed, justice would be restored, new parcels would be possible, and trade would activate the local real estate market.

"The villagers are very busy, and those who receive the property will decide whether to build themselves, to have children, or to sell them to a third party, and then there will be supplies and areas," the mayor said.

BK N. Kupstaitis, Director of Forest Policy at the Ministry of Environment, was the second in Varėnas to regret that "when we dismantled the city forests, we changed the city's forests to private land and changed the purpose of the land."

"There is a private business interest here because communities do not pay compensation but divide parcels into property, and the land plots are actually being sold at market prices," he said.

"The forests of the city are state-owned forests with public functions, so they can not be privatized according to the Constitution but remain national forests," he added.

He mentioned a lawsuit in Varna that "forests have already been sacrificed" about 15 years ago when the strict requirements for the conversion of forests to other farmland are ineffective. Parcels were formed to restore ownership of the land, but half of them were not built.

According to Sergey Mickiewicz, head of the Visaginas Regional Municipality Administration, the long-planned residential building construction can start at Visaginas. There is no significant compensation for deforestation and land-use change for the country.

"Our city is unique, we do not have a house, there are woods everywhere, there are no places to build, no area, 300,000 people to get inspiration, Euro investors come and many home grooms want to build their own houses, Without the opportunity, we are in the neighborhood, so we feel a great need for such a home. "

According to S.Mickiewicz, a 47 hectare block project was prepared several years ago. 18 hectares are designed to form 119 plots.

"Or you can start this project already promised by the end of the year or early next year, the Visaginas municipal representative."

On average, about 1,000 hectares of general rainfall are converted to about 10,000 on other land. Euro local governments will pay this money to the state budget, and the state should, in turn, note that new forests will be established elsewhere instead of one destroyed forest area.

It is two or three times more suitable to turn other lands into protected, recreational, urban and other important forests.