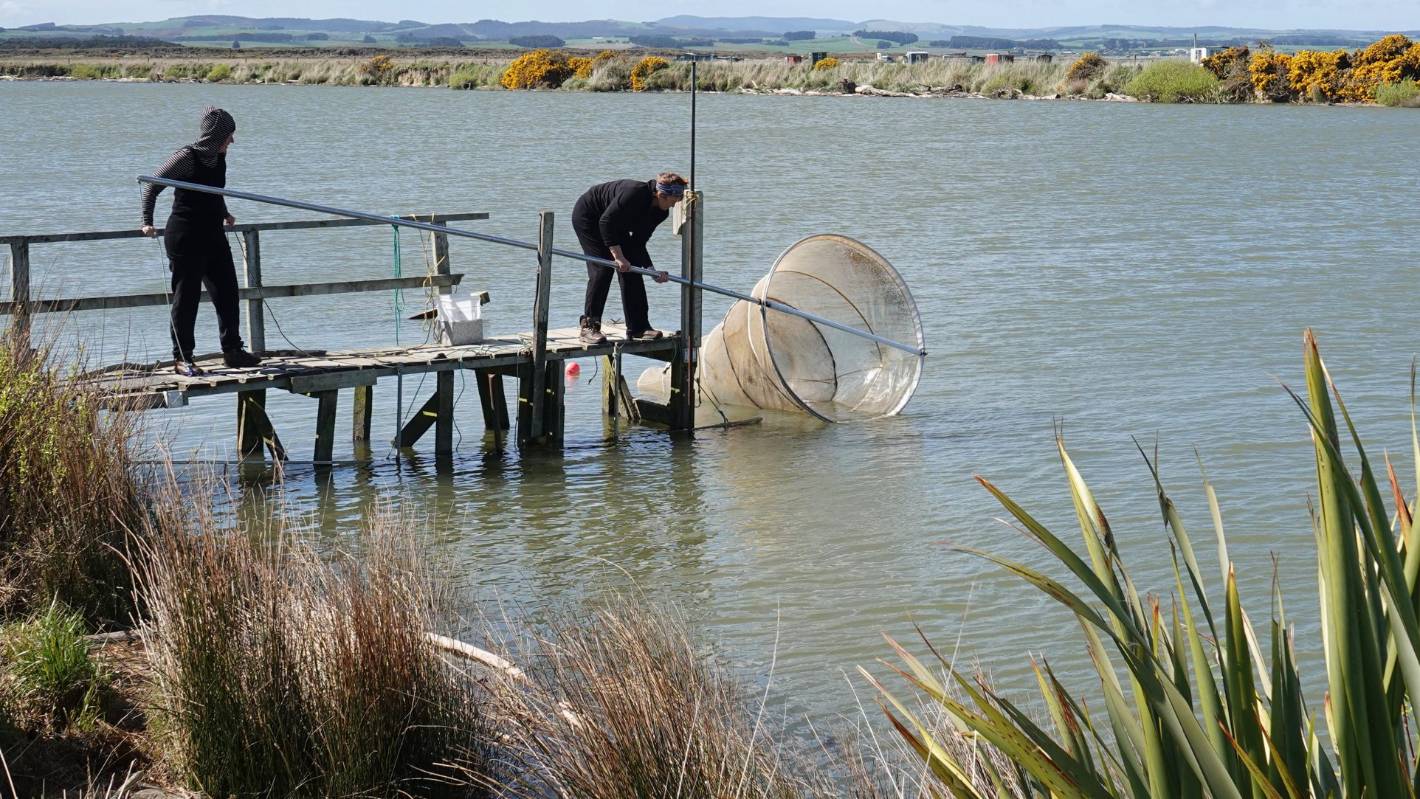 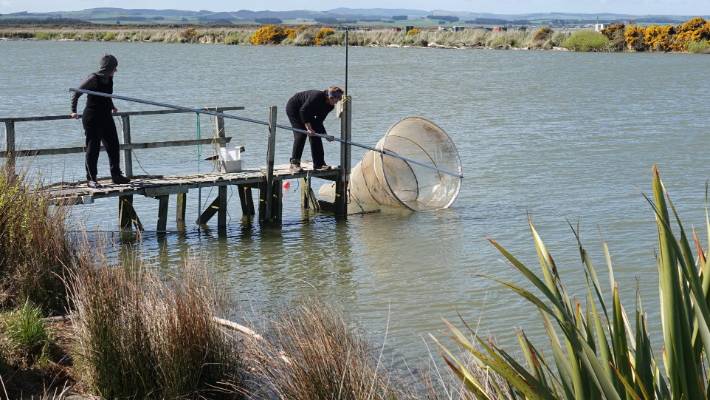 Whitebaiters on the South Bay, downstream of the Mataura River.

Whitelanders in Southland are questioning the DOCs' claim that white fungus is shrinking and the department is not properly monitoring the river during the season.

The Ministry of Health says four out of six species of P. vannamei are in jeopardy or threats, and New Zealand's whitebaiters say their catch is lower than in the past.

In order to reverse the "decline" of New Zealand's white bears, they asked the public to share their views on white shrimp management in a nationwide drop-in session.

Participants in the Southland Chalk Discussed by the Stuff in the session questioned whether the number actually declined.

Late Clyma, a low Maathura River, said that the number of white chopsticks decreased and DOC did not see evidence of need for production before making hasty decisions about how to manage catches.

He said the problem should be resolved after it turns out he is declining.

Robert Barrett said that last year was the best fishing boat on the Mataura River and more people are backing up than ever before.

Several other whites also questioned whether the number had fallen, including Fay Hannah, who said "garbage."

"It's going on periodically. You've had a bad year."

The Southland white veterans mentioned by the stuff also said the DOC had not enforced enough rules during the season.

"With cell phones, I know that DOC is on the river these days and everyone is there.

On the other hand, the Southland whitelander prohibits fishermen from selling white fish, shortens the seasons until the number increases, introduces catches, and introduces licensing fees. And believed that measures should be taken to preserve it.

McCracken, who wanted an albino management group founded for New Zealand, believed that all white sanitizers had to pay $ 120 a year in licensing fees for habitat protection and research.

Neil Earland did not think WhiteBit was declining in the Aparima River, but wanted control over commercial white fishing.

Another white foodservant said the population has been decreasing from 50 years ago, but more people are now catching up on delicacies.

"If they are convinced that the white birds are so badly weakened, they will be out for six weeks for three years and will see if the albino comes back again," he said.

In a statement after the drop-in session, the DOC spokesperson said employees spent a little less time on vacancies than they planned for whiteboard compliance in Southland.

But DOC officials said they visited both white-tailed rivers and hotspots in Southland, he said.

DOC freshman manager Natasha Grainger said she had relied on anecdotal reports of how many albino were there.

"We do not have enough data to accurately quantify and analyze current population declines and contribute to specific threats and pressures.

"But the historical explanation is that the number of albite we speak clearly is not the same as the past."

The purpose of the drop in the session was to gather feedback from various people.

The questionnaire was circulated and the DOC gathered feedback with the White Working Group and iwi.

It will outline the issues and options for the future of white management in the next year's report.