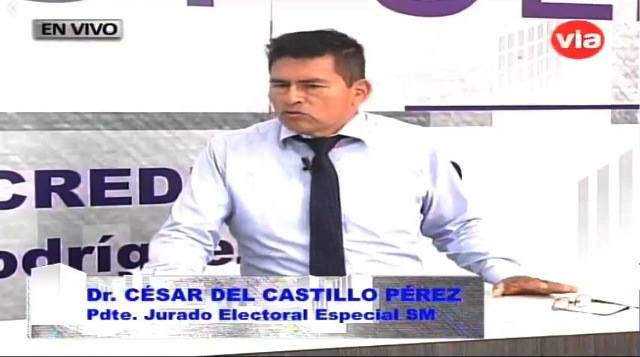 The JEE Chairman realized that an awards ceremony will be held for the mayors who were elected in the local elections on October 7 at the 9 o'clock awards ceremony on Friday, November 16.

The event takes place in the Auditorium of Civil Engineering at the National University of San Martin and the jurisdiction of the committee has been brought to the provincial and local markets of El Dorado, Picota and San Martin. Special election of San Martín Tarapoto.

Any suspicions and rumors about a candidate or other candidate, such as Hugo Meléndez, mayor of Morales, where there was a story about the cancellation of the election in this way, can be resolved.

Or Citizen Juan Dedicación Tocto who won the election in a small election representing Nueva Amazonia. Picota is questionable about the legitimacy of his victory. (Sylvia Quevedo)