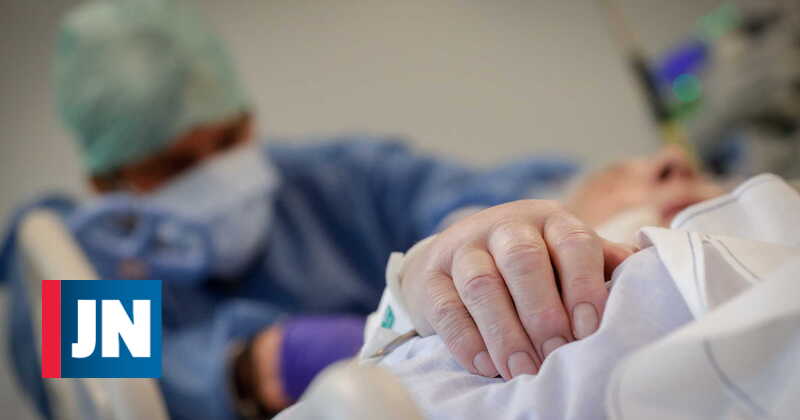 Portugal this Tuesday saw 81 more deaths from Corona 19 on Tuesday, when the number of hospitalized patients fell to 3028, down 12 from yesterday. However, 431 patients in the intensive care unit set a new record.

And on the 17th, Lisbon (and the Tagus Valley) fell in thousands of COVID-19 cases every day. Wow 812 infections in the last 24 hours, Regions around the Portuguese capital ceased their first 16-day cycle in November, with more than a thousand illnesses occurring every day at all times.

What Prime Minister Antonio Costa said on Monday afternoon would not be the light at the end of the tunnel. This is because the 4452 cases worldwide that occurred this Tuesday exceeded those of last Tuesday. (3817), over a week ending with more than three days of 6,000 cases, two of which were the worst events ever.

In the north, the light that the prime minister is speaking of is not visible at all and the horizon is still charged. After Sunday’s lull, reflected in the 2063 cases reported on Monday, that number was nearly 3,000 (2941) This Tuesday, with more than 4,000 daily cases between the 13th and 15th of November, it’s still slightly lower than the local record.

Zona Centro enrolled in the middle 353 cases, The lowest of the last 8 days for 21,406 infections accumulated since the onset of the pandemic.

Today’s big leap forward Alentejo records 243 positive cases, At the maximum in the region, there have never been more than 200 infections registered per day. This may be the impact of weekend records rising or falling depending on local methodology, but it raises global alerts to 4547 in a region formerly known as “Gorge of Portugal”.

In Algarve, the number of cases increased slightly to 65 compared to the weekend, but the total number of infections in the U.S. most Otral region increased to 4238 from the beginning, with 86 or less than 95 registered last week. Of infectious diseases.

Although the number of inpatients decreased to 3028 (12 fewer than the previous bulletin board), Increased to 431 patients in the intensive care unit (5 from yesterday).

Two deaths between 50 and 59 years