The 45-year-old Marina Fedunkiv appeared with a new clip in a latex whip.

Sergey Zhukov announced the dramatic blockbuster "With Pride to Hell!" With the participation of Russian stars. 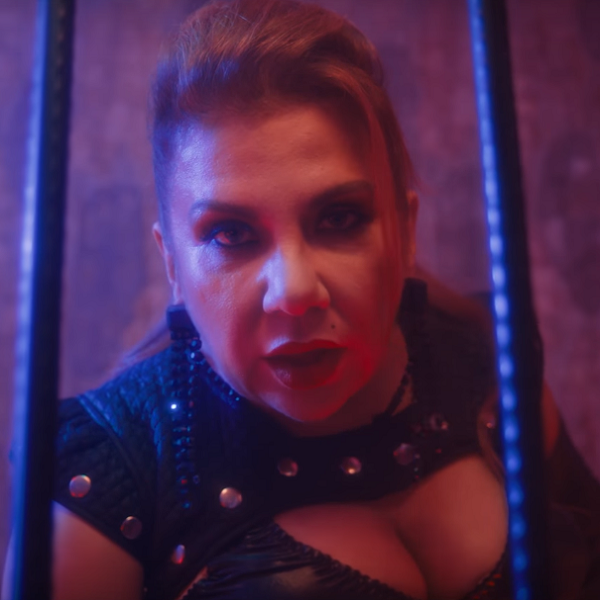 A week ago, Sergey Zhukov group soloist "Hands Up!" Announced the release of a new clip whose genre was defined as "dramatic blockbuster". In the video shoot for that song "In pride with this pride!»Many Russian stars participated: Mikhail Galustyan, Stas Kostyushkin, Askold Zapashny, Tarzan, Maxim Kiselev, Zegna Iskandarova, Anna Astashkina and "Comedy Woman" Star Marina Fedunkiv. Zhukov talked about the future premiere in Instagram. He posted all the participants of the clip on his character's image and announced his name. The release date of video and plot remains a secret.

Sergei Zhukov told the heroes of the video, "This pride is hell!"

Sergey today announced that this video has been released to YouTube on its official channel, "Hands Up!". The plot of the video is unexpected. This work is done in the new year. The souls of Svetka (Anna Astashkina), her daughters Zhenya Iskandarova and Oleg (Maxim Kiselev) are recently friends and a scientist from Turkey, Volodya (Sergey Zhukov). Oleg and Sveta are trying to cut down on Lyubasha with Boludia, and they do not care about the mistress of the New Year's table at all. But the fallen Natasha, who is trying to tempt Ballyroa in every way, is involved in this matter. This is why Lyubasha relaxes and lights hooks from academics from Turkey. From that moment, Bacolonia begins.

Videos of Marina Fedunkiv, Mikhail Galustyan, Stas Kostyushkin and Tarzan "In pride with this pride!"

Marina Fedunkiv's modest heroine is reincarnated as a cruel, bold ruler in latex clothes. In the secret room she stayed in the man 's cells. Askotel Zapashny, Tarzan, Stas Kostyushkin and Mikhail Galustyan are Zaza Sukhumsky. As she piled up, Liu Basha teased the men around her and dared not leave.

The final clip is ambiguous. The heroine lives a life surrounded by friends. She got sick from the hookah and she lost consciousness. Lyubasha was so angry that she brought such dirt to her house and she was following her guests. She does not leave a whip in a modest bathrobe, alone in an empty apartment. There are no cells, no half naked men. But suddenly Tarzan leaves the locker room and asks for freedom. Of course, the heroine does not let him go.

Video by Sergey Zhukov and Marina Fedunkiv "In pride with this pride!"

"There is more to every woman that nobody else knows." – This is the slogan of the video. Suddenly Fedunkiv's bold image is the main feature. But Sergey Zhukov is not like himself either. Thick black hair and a mustache make it look like a researcher. "This is a work that will not leave indifferent people laugh, sadness, tears, and laughter and tears spread again, but with laughter," Maxim Kiselev said of the premiere.

Marina Fedunkiv and Zhenya Iskandarova in the clip "In pride with this pride!"

The "Hands Up!" Group was formed in 1991 by Sergey Zhukov and Alexey Potekhin in Samara. At first I called this team "Grandpa Ray and Company". In 1994, when the musicians moved to Moscow and became acquainted with producer Andrey Malikov, the group became well known.

Marina Ped curve On clip "In pride with this pride!"

Sergey Zhukov, a soloist in the "Hands Up" group, talked about his condition after the third task.

Sergei Zhukov told why he was hospitalized for the first time.

Evelina Bledans, 49, pregnant, was drunk at the opening ceremony of the Sergey Zhukov coffee shop.