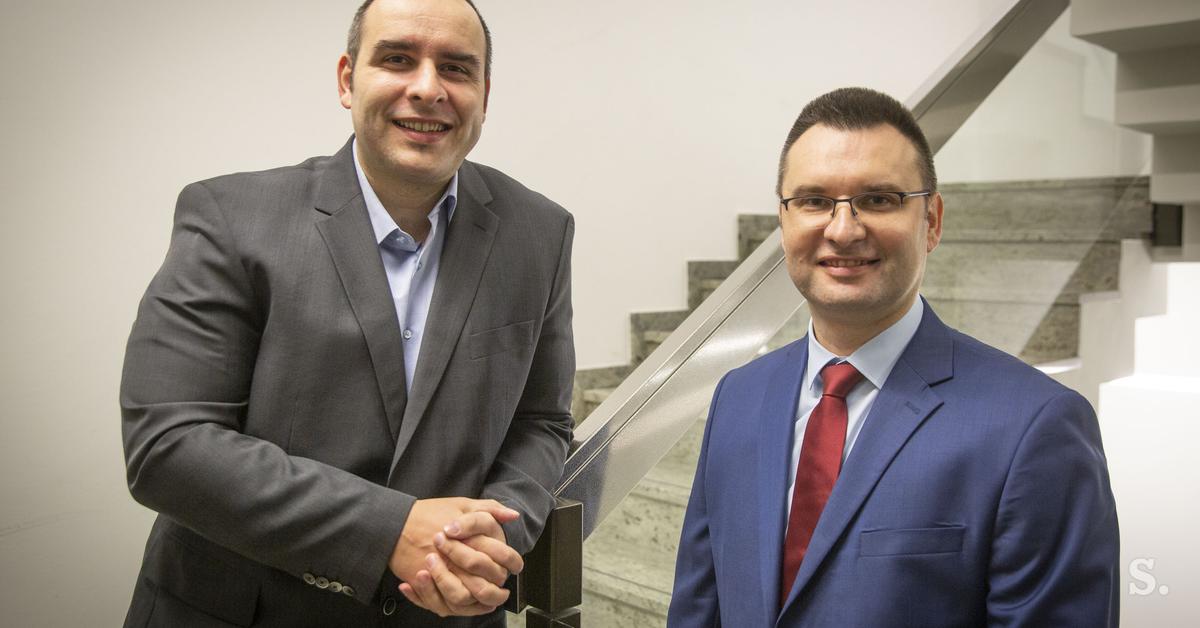 After more than a year of negotiations and persuasion, Brežice’s ATMC Economic and Legal Institute has attracted innovative companies in the field of Information and Communication Technology (ICT) to Posavje. It is an international consortium of Irish capital and City Connect.

City Connect doo, a subsidiary in Slovenia, is in the final stages of its establishment. By the middle of next year, a special research communication data center (so-called ICT research and data center) covering Central and Western Europe will be established in Breziche.

Initially, Slovenia did not compete at all.

The brothers point out that “the investors have chosen between Croatia, Austria, Germany and the Czech Republic, but in the end they chose Slovenia as the best location, so the acquisition is especially important because of regional competition.” Tony and Marco Chabraza, With father Antonom Co-owner of a family business in Brežice. It covers research, analysis, prospects for Slovenian and foreign markets, IT consulting and sales consulting, legal consulting, and business consulting, which includes, recently, foreign capital attraction to Slovenia.

The Čabraj brothers are confident that this is one of the best innovations in the field, as they expect investors to hire a young, promising and educated workforce.
Photo: Bojan Puhek


Thus, their business path crossed with representatives of City Connect who were looking for new locations as their business grew and the demand of their business partners increased. With the chairman of the supervisory committee Marco Dagelrich They discovered a common language, got a good response from the Ministry of Economic Development and Technology (MGRT), community and employment services, and started implementing the project.

In addition, ministries representatives recently met with representatives from City Connect to be introduced to the various development measures and mechanisms provided by MGRT and its implementing agencies. Since this project will be implemented in the border area, we estimate that this project is interesting from the perspective of economic and regional development. “What is particularly encouraging is the announcement that this investment will provide more than 100 new jobs. MGRT is supporting the investment of foreign companies in our country and is striving to advance the technology of our economic environment. It’s encouraging that people are interested, they explained, of course, that the final decision on the realization of an investment project is up to the investors.

Who is City Connect?

City Connect is headquartered in Dublin and has several offices in southeastern Europe. An internationally established consortium engaged in Service IT, Business Process Outsourcing (BPO-Business Process Outsourcing), with extensive experience in technical customer support and all types of digital data protection and business and marketing communications over the Internet. The fast-growing consortium has business partners on several continents.

The key was an educated workforce

“Investors were looking for locations near highways and airports, a highly educated workforce played a key role. The Posavje-Dolenjska basin has ample human potential and educated people speak at least one foreign language. We We know how to be diligent and responsible, in some areas there is more loyalty to employers. “Is Marko Čabraja, an avid advocate of information technology and a lawyer preparing for a PhD on the subject of digitization 4.0.

Marko Čabraja said, “We have enough human potential in the Posavje-Dolenjska basin, educated people speak at least one foreign language. We know how to be diligent and responsible, and in small towns, loyalty to employers is more. It’s big.”
Photo: Bojan Puhek


According to him, the biggest obstacles to negotiations were Slovenia’s inability to recognize and excessive salary taxation, but other advantages eventually weighed on.

Comprehensive service in one place.


“City Connect is one of the few companies in this industry that offers so-called “turnkey” or integrated services in one place. People, networks, software, cloud. In fact, when we think about it, it’s the only thing you need for business today. We are committed to business and everything else is handled by one partner: us,” explains Dagelić, the company’s competitive advantage.

Their business partners are mostly medium to large companies with a variety of activities. This service is used by companies engaged in telecommunications, energy, banking or insurance activities, the so-called gaming industry, food delivery. None of the tourism industries are most affected by the corona crisis. Above all, they work with Deutsche Telekom and RWE.

It employs 300 people in Europe.

City Connect employs about 300 people in Southeast Europe, and sales will reach around 8 million euros this year. In the first wave of the epidemic, 200 people were employed due to the rapid growth of the business. 80% of employees have permanent contracts.

They are announcing up to 200 new jobs in two years.

“Investment itself will not be as important as it does not include the creation of new high-value jobs, which has been pointed out by foreign and domestic experts for some time,” said Toni Čabraja, an almost two-year-old economist. For several decades he has been involved in financial analysis of international companies, during which he has taught at the Faculty of Information in Novo mesto (FIŠ).

Toni Čabraja hopes to attract other investors to Posavje based on this experience. But, as he pointed out, it’s a long process.
Photo: Bojan Puhek


According to his predictions, during the first two years, the first phase, Brežice will get 150 to 200 new jobs with 5, 6 and 7 levels of education. Employees will work in customer support, modern ICT, online security, e-commerce and communications. The investment in the next 3 years is estimated at 3 million euros.

They want to stop brain drain in that area

Such a company that offers high-tech programs for the local environment is certainly a huge contribution, and perhaps all Slovenian municipalities will be happy. The Čabraj brothers are confident that this is one of the best innovations in the field, as they expect investors to hire a young, promising and educated workforce.

“This certainly helps to curb the so-called brain drain in our environment,” said Toni Čabraja. “We hope that during the so-called corona crisis the process does not slow down significantly more than planned.” He hopes to attract other investors to Posavje based on this experience. But, as he pointed out, it’s a long process.

Slovenia can take a place in a niche industry.

According to interlocutors, the corona crisis will make it difficult for companies that cannot keep pace with digitization. “Slovenia is difficult to produce the world’s best cars or aircraft, but it can specialize in niche products. This is ultimately confirmed by Slovenia’s innovations in developing the world’s best mobile applications,” they explain.


For example, they are also seeing great opportunities in Industry 4.0 and the use of the knowledge they have already acquired about artificial intelligence.