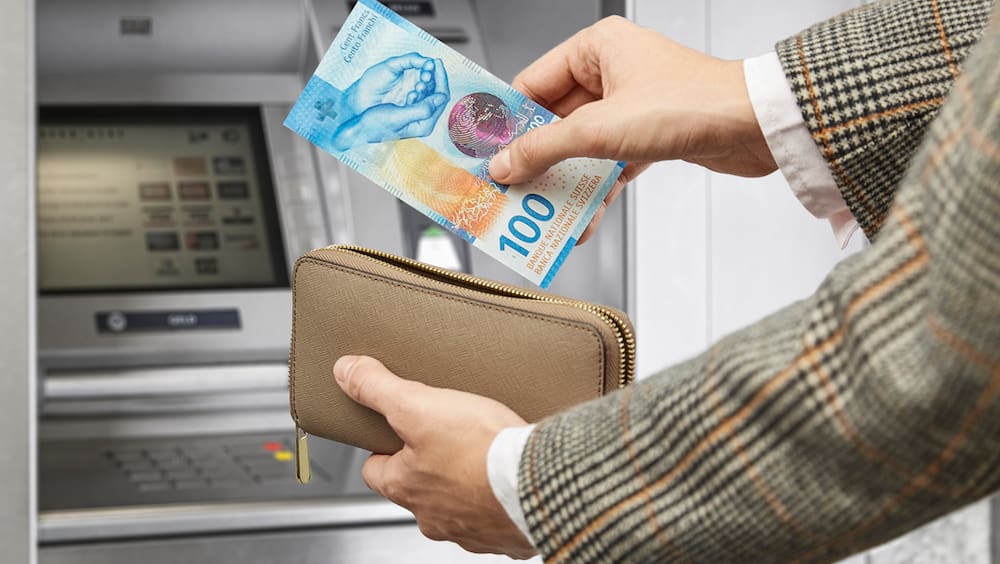 The Swiss are obsessed with cash. But times are changing and the queues in front of ATMs will soon become history. Although there are fewer and fewer ATMs. However, due to the coronavirus epidemic, payments have been made almost entirely by card in stores, restaurants, and even government offices for several months now. This means that ATM is used much less.

This is because, according to SIX, a financial services provider that provides a platform or user interface to most ATMs in Germany, payouts declined 10-15% over the past year.

When asked by the AWP news agency, SIX spokesman Julian Chan said the decline was further accelerated by the spring closure. “We expect payments to decline by 20-25% in 2020.”

“ATM operations are associated with fairly high costs,” says Andreas Dietrich, Professor of Financial Services at Lucerne University of Applied Sciences. According to him, the device costs about 40,000 to 90,000 francs at a time, including installation, depending on various functions. It also has a follow-up cost of about 15,000 to 40,000 francs per year, depending on location rental and video surveillance.

So, when ATM is no longer in use, when is it no longer worth operating? Above all, the number of transactions-how customer behavior changes-is important, Dietrich says.

However, the decision cannot be reduced to the frequency with which you withdraw or deposit money. This is because the motives of the machine can be very diverse for different institutions. For example, some locations primarily serve reputation or marketing purposes. Profitability is rather secondary.

One ATM for multiple banks?

Nevertheless, banks have to think about which ATMs should go away. The number of cash withdrawals from ATMs has already declined significantly in recent years, Dietrich says. After a steady increase and a record year in 2015, transactions have declined sharply over the past five years. And since the corona, the decline in cash withdrawals has accelerated.

Internet comparison service Moneyland’s Benjamin Manz sees it like this. For example, you might think that several banks will run one device together in the future. Manz said, “In many towns there are ATMs from Cantonal Bank, ATMs from UBS, and Raiffeisenbank ATMs with ATMs from CS.

Raiffeisen Switzerland assumes that the number of its own devices will stagnate in the next 1-2 years and decline in the medium to long term. “The need for cash withdrawals is generally decreasing, while cashless or mobile payments are increasing,” says the cooperative banking group.

“The unusual situation in spring reinforced this trend.” According to its own information, Raiffeisen has the densest ATM network in Switzerland. At the end of June there were 1,771 ATMs.

For Credit Suisse, the long-term demand for cash is a major driver for the future design of the ATM network. The decline in transactions in the spring does not mean that big banks will dismantle ATMs immediately. However, the current trend (up to 10% reduction in transactions per year) is likely to be exacerbated by the coronavirus crisis.

Switzerland and love for cash

According to statistics from the Swiss National Bank (SNB), there were a total of 7,000 ATMs in Switzerland at the end of August. SIX expects the number of ATMs to decline by 30-40% over the next five years.

Also, partially slowing the trend: in some cases, banks gradually dismantle counters or close entire branches and instead install externally accessible ATMs. This leads to a slight increase in ATMs.

Overall, experts expect further declines in ATMs in Switzerland and cash use in general. ATM probably won’t go away for a long time in this country.

Cash is much more exotic elsewhere

As Manz of Moneyland said, Switzerland has one ATM per 1200 inhabitants. In other countries, especially Scandinavia, “paying in cash is exotic”.

“Despite the corona, Switzerland is still a cash country,” Manz says. “At the moment, even though electronic payments are increasing due to coronavirus, many Swiss people have cash.” According to statistics from SNB, banknotes with an average value of nearly CHF 80 billion were in circulation in 2019. Over the past 5 years, this value has increased. (SDA / nose)

The first symptoms appear before tremor.