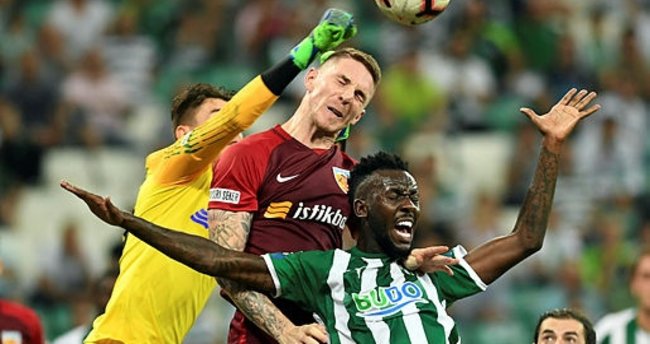 The referee Yasar Kemal Ugurlu manages the game played in the Metropolitan Municipality Kadir Has Stadium.

The match starting at 16:00 is broadcast live on beIN SPORTS.

At the 20th minute, Chery, on the front line of the penalty area, pulled the ball to Mensah after hitting with Hope. In Mensah's hard kick, goalkeeper Muhammad hardly fired the ball.

At the 25th minute, Tunay's back-to-back posture was met by Aytaç, who met the cake ball, in the cross position and was in the lap of a round leather goalkeeper Lopes.

In the 28th minute, Kravets, who met the right-hand Hut's pass through the ball, and goalkeeper Muhammad hammered the ball hard in the corner.

At the 30th minute, Yusuf met the ball with the Lima in the penalty area. In Lima's strike, the ball returned to the playing field from the side. Yusuf, who followed the returning ball, met with rolling nets with smooth strokes. 0-1

In the 40th minute Tunjay rose to reveal that Badji made it to the right. Tunay's head shot hit the ball auta.