Last minute … President Erdoğan: They wanted to make a mistake on Iraq side, our planes broke up 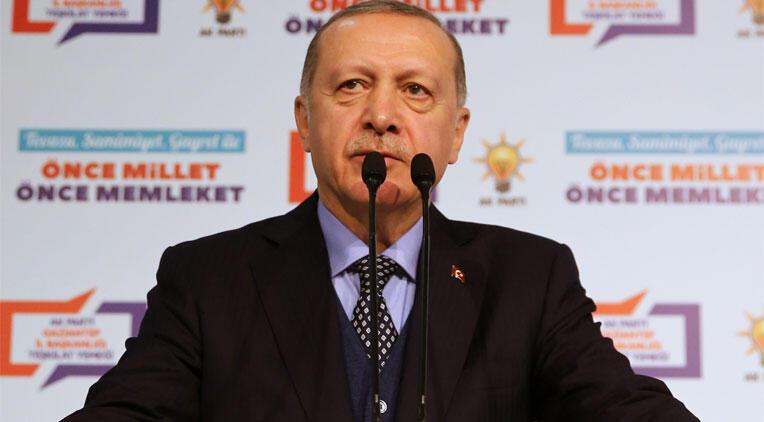 The headlines from Erdoğan's statements are as follows:

– The day before yesterday or the day … I'm talking about killing my academics with a light commercial in England … I almost do not know if I have ever seen such an academy, I have never seen such a thing myself, but the world is full of cruel traitors. We say yes, you know what to say; 'Hell for the wrongdoers.'

– 'We were founded together with the Republic' are creeping in places.

– "We are Ataturk's party, the people are crawling in places because they did not do anything apart from abuse of Atatürk, if they are alive already, it takes them to account firstly." Gazi Mustafa Kemal, lately, we want to be exacerbated through sensitive titles like Syria, economy and refugees The AK Party and the Alliance of the Republic of Turkey are the guarantees of the independence and the stability of Turkey, if the opposition, ruled by ambitions instead of principles, is the unfortunateness of our country. We had left the enthusiasm of the enemies of Turkey in their crown with our success in the June elections and we will continue to raise our country's survivors by carrying this success to the March 31st elections.

– Those who work with FATO's installation and blackmail will not be left empty in this choice.

– The material that our security units have caught in recent weeks on operations for the separatist terror group show that they are in serious preparations to find the election period in blood and tears. But that is not the case anymore. We smoked them in the caves in Caves. We smoke in the gauze. We smoked in Tendürek. We smoke in Kandil. Today, they wanted to do wrong again on Iraq side. Our airplanes, our DRMs, our DRMs, were left and then dispersed. We will now drown them in their land.

– The attacks that we have been experiencing for the past 5 to 6 years have almost united the AK Party and the destiny of our country.

– We will continue to raise the country's survivors with the success of the March 31st elections.

– Diyarbakir has changed to an office after you have delivered Kayyumu, you see 'no difference from western cities'.

– We got Gaziantep from the CHP. That Gaziantep has become a different day now.