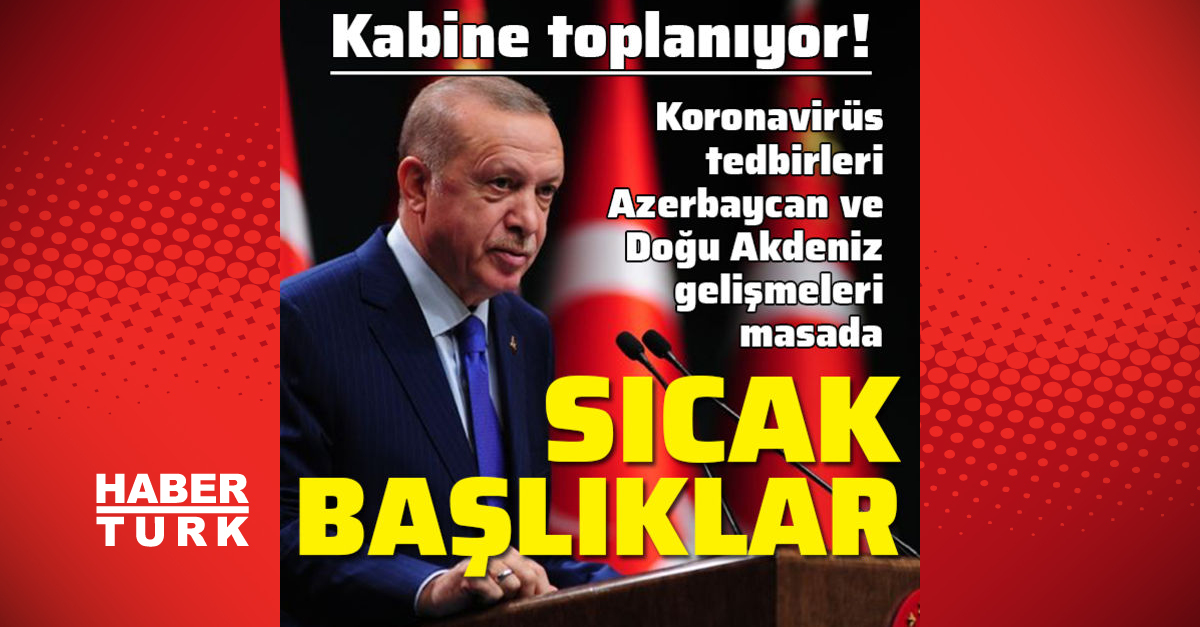 A cabinet meeting presided over by President Recep Tayyip Erdogan has begun. The main agenda of the meeting is to fight the coronavirus, but issues such as the agreement between Azerbaijan and Armenia and the development of the eastern Mediterranean are also discussed.

It was emphasized in a statement after the meeting of the Scientific Committee that a recommendation decision was made to take specific measures to prevent the spread of the virus.

The statement said, “The main factors in increasing cases are human mobility and the presence of collective space, and we discussed in detail the restrictions that should be taken. We decided to recommend implementation of specific measures to prevent the spread of the disease.”

This issue will be discussed at today’s state council meeting, and new measures will be raised on the agenda. In this context, a series of actions such as postponing school openings and restricting common spaces are on the agenda.

Meanwhile, a ceasefire has been declared within the framework of an agreement between Azerbaijan and Armenia, and Armenia will transfer the occupied territory to Azerbaijan. Turkey will send troops to the region to carry out Russian observation missions. These developments are expected to be evaluated at cabinet meetings.

Drilling activity in the Eastern Mediterranean

In this context, we will discuss the latest developments in the Eastern Mediterranean, investments in TRNC and other developments.