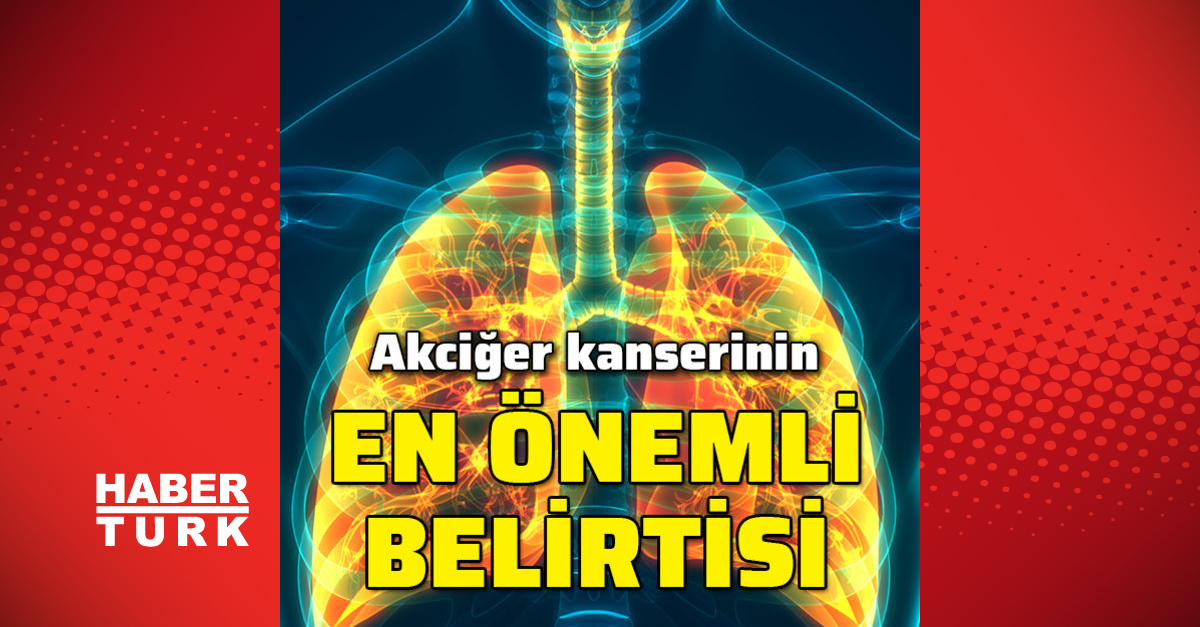 The most important symptom of lung cancer!

Professor of thoracic disease, who explains that it is the most common cancer among men among lung cancer in the world, especially in Turkey. Dr. Banu Musaffa Salepçi, Within the Lung Cancer Awareness Month; We provided information about treatment, prevention, and frequency of occurrence.

Lung cancer men every 100 to 70 people in Turkey

It is said that the main cause of lung cancer is smoking. Dr. “Worldwide, men’s smoking rates are very high compared to women. In addition to cigarette use, radiation exposure, air pollution, chronic lung disease, and genetic predisposition are among the causes of lung cancer, and secondhand smoke is also the cause of lung cancer,” said Salefchi. .

“Back and chest pain is one of the major findings”

It is said that lung cancer has a cunning process. Dr. “People smoke, so the symptoms of coughing are not very irritating. Because COPD is a major symptom of COPD disease, which is common in smokers, it can lead to reckless behavior that thinks coughing complaints are related to pre-existing disease. Lung cancer Back pain is one of these symptoms as it progresses and attacks the surrounding tissues Back pain is one of these symptoms When it travels to the chest wall, the tumor invades the bones, so back and chest pain may be one of the main findings Sometimes the cancer goes into a vein It spreads and causes severe bleeding through the mouth, sometimes the tumor becomes inconspicuous and grows into distant organs. He said, “It jumps out and reaches the brain, the patient is paralyzed and comes to us. It turns out to be lung cancer by chance. When he makes a discovery, it progresses locally or metastasizes,” he said.

He said early diagnosis is very important in lung cancer. Dr. “With early diagnosis, surgical removal provides reliable treatment. Early diagnosis significantly reduces mortality. The International Cancer Society has recommended screening programs for early lung cancer diagnosis over the past five to six years. Accordingly, certain specific screening programs have been recommended. Risk groups were defined: This group, who smoked 1 pack per day for 30 years or who were still active smokers, or who were in the early 15 years, was defined as a high risk group, and the second risk group was defined as: 50 years and older, for 20 years. Smoking or quitting a pack of cigarettes a day is considered a high-risk group for less than 15 years, an additional family history of lung cancer and chronic lung disease if you have another cancer. I suggested,” he said.

You can achieve positive results with goal-oriented treatment.

It is said that up to 30% of lung cancer is found in the early stages. Dr. “For this reason, it is very important to get stage 1 and 2 cancer. Treatment and surgery may be possible after the third stage. However, it is absolutely accompanied by chemotherapy and radiation therapy. In stage 4, the main treatment is chemotherapy. “In these patients, we have been getting good results with targeted treatments and vaccines in recent years, and patients can live longer than expected.”

Emphasize that continuing smoking while you have lung cancer negatively affects your treatment. Dr. “It is necessary to exercise and eat regularly and healthy, but most importantly, it is necessary to quit smoking and not drink alcohol. Vitamin C prevents cancer and let’s stay away from heavy, fatty foods. He started at the age of 5,” said Salepchi. He also had a history of lung cancer in his family.