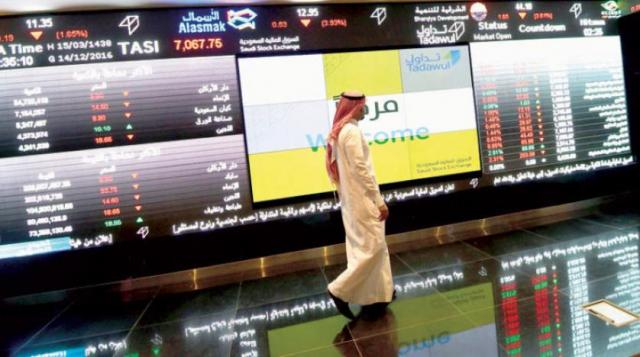 Saudi Arabia's main energy minister said Saudi Arabia's key index rose 0.8 percent. Energy Minister Saudi Arabia announced in December that it would supply about 0.5 million barrels of oil a day to the world market. According to this, Brent oil is about 2% "Reuters".
Al Rajhi Bank climbed 1.1%, leading the stock market's biggest support, and Samba Financial Group climbed 1.2%.
Al Baha investment and development rose by up to 10% per day, achieving profits in the third quarter after Zakat and Tax in preparation for losses a year ago.

Abu Dhabi's general index fell about 1%, the worst performance in nearly two months under pressure from most of the bank's stocks. Abu Dhabi Commercial Bank fell 3.9%.

The Abu Dhabi Islamic Bank reached its highest level in more than two and a half years after 13 years when it announced that foreigners could own a 25 percent stake as of November 19. Now UAE citizens can own only bank stocks, and bank stocks have the largest volume of transactions in 10 years.

The main index of the Egyptian Stock Exchange was 0.8%, followed by "El Sewedy Electric" with 5.4% and Eastern Tobacco with 4.1%.

Orascom Development Egypt said Pharos Securities "outperformed" the company's performance by posting a 38% revenue growth in the third quarter and a 9.9% rise in Egypt's 5.90 Egyptian pound.

The Dubai index fell 0.5% to record losses for the third consecutive year due to the pressure of real estate losses. Emaar Properties fell 2.7% and Damac Real Estate fell 1.9%.

Qatar's QNB, the largest lender in the Middle East, rose 1.5 percent after it announced that Abdulla Mubarak Al Khalifa was named CEO.