Two people returned 120 million on the first night of the New Year. 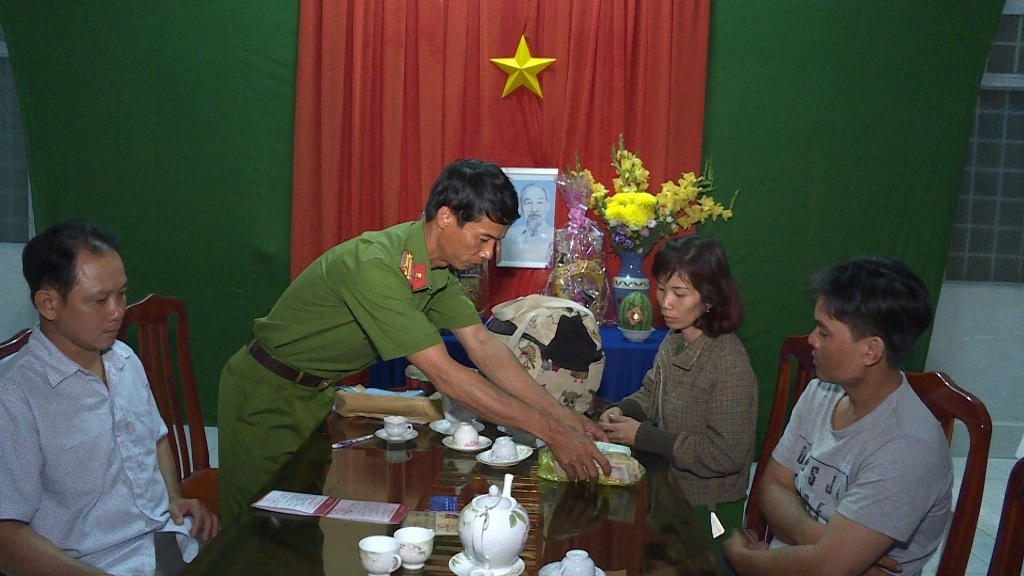 On February 6, Colonel Phan Van Kiet, commander of the Phu Duc Commune at the Long Ho District, said that the same day, the Copen police fence an underwear bag of more than 120 million pounds (US $ 200 million) "He said. .

According to this case, Thach Thi Quoi (58 years old) and Mai Huu Loi (40 years old, living in Hoa village in Phu Duc commune, Long Ho area) are standing at home at about 21:40 on February 5th. 909 pairs of provincial roads, motorbikes dropped their bags and ran away at night.

After receiving the information, the police in the Phu Duc group found that the phone number of the person who dropped the money basket, leaving a record of the property, was Nguyen Thi Phung (34 years of Ben Tre). After confirming the truth, Mrs. Phung was the one who dropped the cops, and the cops gave her property to Mrs. Phung.

Receiving the basket, Nguyen Thi Phung happily said: "The couple returned to their husbands home to eat Tet without knowing their bags. There is money in the pocket that the husband and wife have accumulated over the years. My husband and I quickly returned to look for it, but I had no hope and I thought this Tet was over.I was surprised when the police picked me up and picked up the bag.Husband and I are very happy! "