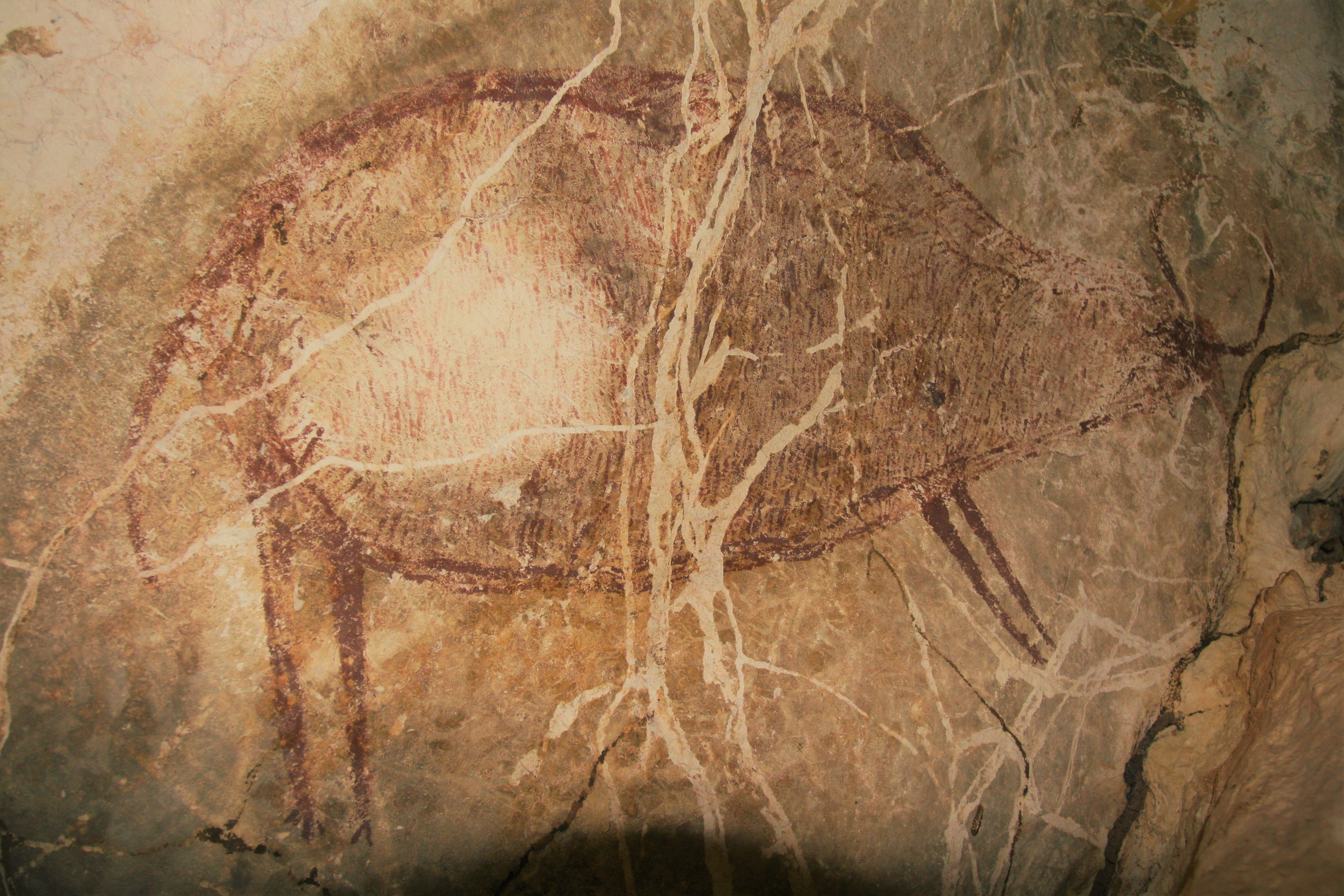 Cave paintings on a remote mountain in Borneo were recorded at least 40,000 years ago, much earlier than originally thought, according to a study published yesterday (7 November) in Nature.

These paintings include pictures that seem to be local species of wild livestock, an example of the oldest figurative art in the world. It is the same image that you want to express.

This discovery has long augmented the notion that the earliest cave art traditions did not occur in Europe, which is credible.

In the 1990s, archaeologists from Indonesia and France explored the remote mountains of East Kalimantan, Borneo, Indonesia.

The researchers discovered a vast discovery of prehistoric art, including thousands of hand-drawn stencils (negative contours of the human hand) and rare pictures of animals.

Surprisingly, except for the painting itself, the team found little other evidence of human occupation in the cave. It seemed as if people had made a long and dangerous climb in the Clifftop cave to create art.

The team suggested that prehistoric works of art could be divided into at least two chronologically different works of art. The first step is characterized by a red-orange animal hand stencil and figurative painting.

The hand stencil features a later stage, but the stencil (and related image) tends to be dark purple (mulberry). At this stage, artists painted a tattoo-like design on the fingers of their wrists, palms and some stencils. In some cases, the stencil is linked to motifs such as branches or vines. Finally, artists began to portray characters in their art.

This amazing discovery raised many questions. How old was the cave art? Who created it and why?

In the early 2000s, the French-Indonesian team made part of the cave drapery formation that grew from the top of the hand stencil.

The quality of the dated sample was not ideal, but the result implies a minimum of 10,000 years for the basic artwork.

According to a study by the Jakarta National Research Center of Archeology and other Indonesian scientists, we think Borneo works are much older than previously thought.

This paper reports the date of uranium series obtained from calcium carbonate samples collected in connection with cave art in six caves in East Kalimantan. This provides the first reliable estimate of the approximate time of rock art production.

The oldest cave art image is a large red orange picture of an animal similar to a wild banteng found in the jungle of Borneo. This age is at least 40,000 years.

As far as we can see, it is the earliest visual art work on earth.

The red-orange stencil art was similar in age, and the first rock art style appeared about 52,000 to 40,000 years ago.

The oldest mulberry paintings, including a decorated hand stencil, are estimated to be about 20 to 20 million years old. The mulberry human figure was created at least 13,600 years ago.

Our date means a big change in the rock art culture of Borneo about 20,000 years ago. This was the time of the last Maximum Glacial Maximum (LGM), where ice sheets were the most extreme and the ice age of the entire world was the most extreme.

Perhaps life in this harsh world would have stimulated new forms of cultural innovation.

Or the East Kalimantan Mountains has become a haven to escape the environmental changes that LGM has made and to create social pressures that have increased the size of people and triggered new group communication, including art.

Sulawesi is close to Borneo and is not connected to the nearby Eurasia continent. This large island is an important stepping stone between Asia and Australia.

Our latest findings suggest that rock art has spread from Borneo to a new world other than Sulawesi and Eurasia. Perhaps the first colonies of Australia have arrived.

The glaciers in France and Spain have long been regarded as a world center for the development of cave art, with a wonderful animal picture known in the region for a long time.

But Borneo is the third largest island on the planet, but in most of the ice age, Eurasia Borneo and the vast continental regions of Europe were connected by low sea level, and Europe was on the other side of the continent.

So now two early cave art sites were in the far corner of the Paleolithic Eurasia at similar times: one in Indonesia and the other in Europe.

According to a recent study, Neanderthals made rock paintings in Spain 65,000 years ago in Spain, but there is doubt about this claim.

Of course, it is possible that the first modern human rock art originated in Africa and later introduced to Eurasia by the migration of species.

Alternatively, Indonesia and Europe could have been the distinct areas of innovation in which the rock art of the Ice Age was independently developed. Then very early cave paintings can be found sometime in Southeast Asia rather than Europe.

This article will be republished at The Conversation, under the Creative Commons license. Read the original article.