Chopa is lucky to be drawn to a draw against Chippa in an empty Moses Mabhida. 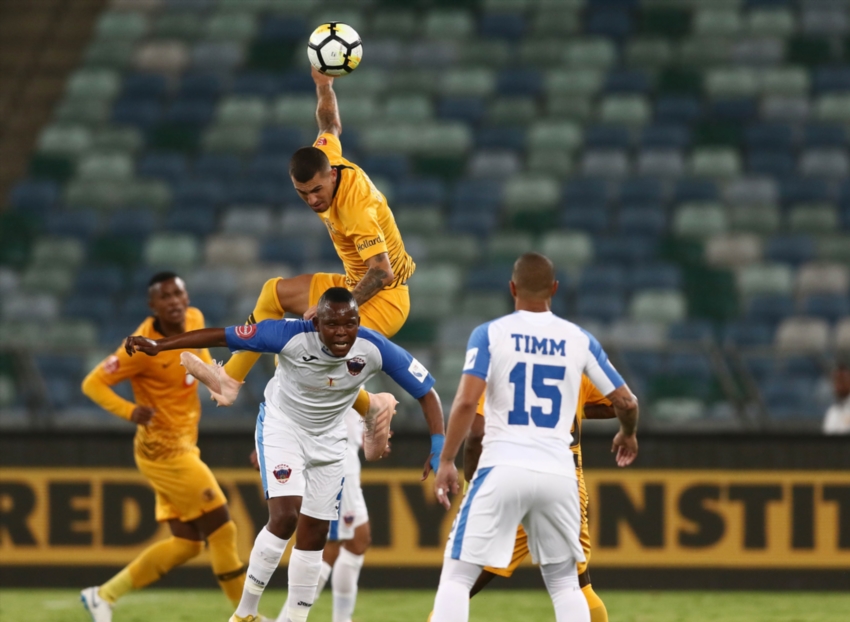 Eventually the Kaizer Chiefs scored points in the second Absa Premiership match at Moses Mabhida Stadium on Saturday night, but Chippa United had no choice but to score 0-0.

I have never played this second and final match twice in KwaZulu-Natal, Uzbekistan. Amakhosi's 2-0 Nedbank Cup semi-final was part of the fans' last season's pitching in the semi-final against Moses Mabhida's free-status star.

Their previous match at Emperor Mavida ended with a 1-0 defeat of Pollock and Nate City on 6 October.

This week Amakhosi publicly admitted that they do not expect any other players.

Despite an excuse for lack of normal vocal support, this was not the night Chiefs or coach Giovanni Solinas liked.

The side that deserves to eat salt with hunger for trophies – should be able to overcome any adverse conditions because they must be staff members, as they are staff members.

Amakhosi hardly showed any camouflage for his misguided mission. If Eric Tinkler gets a much more lively Chippa opportunity, goalkeeper and team captain Itumeleng Khune has often played.

In front of the rugged silence of the empty stadium, it was a predictable flat overall where Chippa probably made shade.

Chili Boys had the first chance that Khune had to leave his area to try Thabo Rakhale in his chest. Ruzaigh Gamildien almost managed to score another goal for Mario Booysen, coming from the right, but his header was not accessible.

Chippa misjudged Kurt Lentjies's weaknesses in Lerato Manzini and Khune when Right-back Zita Macheke fell into a foul on his side.

The chief's best chance was two minutes later when the goal went off. Pule Ekstein placed George Maluleka on the edge of the box where Daniel Akpeyi was struck hard.

Chippa grew in strength in the latter half. They denied Port Elizabeth twice and defender Siyabonga Ngezana had to open it for 10 minutes.

Gamildien intercepted the midfielder and chased Rakhale to the left. Ngezana has recovered for the last challenge with the feet of former Orlando Pirates midfielder.

In the resulting corner, Burundi's center-back Frederic Nsabiyumva headed in the near post and Ngezana came off the field.

Shortly after Tinkler replaced Manzini with the larger name Rhulani Manzini. But the stranger was when Chippa's coach left Gamildien for Mark Mayambela.

The swerving drive of defender Boikanyo Komane was completely stretched by Khune.